Students with NUS Extra Cards can get 10% off groceries, following an agreement between NUS and The Co-operative.

In an announcement last month, NUS said the partnership was the first time a national supermarket had established such a scheme for students. The discount came into force on 23rd September.

Oxford students most likely to take advantage of the scheme will be those resident around the store on Cowley Road, and from colleges close to the newly opened store on Walton Street including Worcester and St Anne’s.

NUS Vice-President Raechel Mattey stated that a reputation for ethical concern had been a key factor in approaching a supermarket:

“We’re proud to be able to partner with The Co-operative on this; it is a community retailer which enables students to shop locally, and it leads the market with its ethical principles and its support for Fairtrade.”

The NUS Extra Card is available to all students aged over sixteen for a yearly fee of twelve pounds.

This announcement is said to be a move by the Co-op to win over younger shoppers. In a statement, the supermarket chain claimed that the discount was designed to help students, who are usually in a tighter financial situation that most of its customers and “live and cook on a budget”.

“Students are facing increasing financial pressures while studying, and are becoming more savvy when it comes to food shopping.  We wanted to help students, many of whom are living away from home for the first time, to live and cook on a budget.”

When asked how they intended to counter any potential loss in student customers, representatives from both Tesco and Sainsbury’s failed to comment. However, a Sainsbury’s spokesperson stated:

“We’re incredibly proud to be the world’s largest Fairtrade retailer and we place ethical trading at the heart of our sustainability strategy.”

It was announced at the scheme’s launch that the discount would not apply to the sale of cigarettes, lottery tickets, petrol and stamps. It does, however, apply to alcohol, in a move condemned by awareness group Alcohol Concern. According to the group’s chairman Eric Appleby:

“While the Government’s walked away from minimum unit pricing, we need retailers to act responsibly in the way they sell alcohol,”

Appleby further expressed his concern at the continued price cuts on alcohol in many supermarkets, stating: “Alcohol misuse costs lives and drains our economy of more than £21bn. If we’re to tackle the rising tide of alcohol harm we’re facing we have to take action and stop selling cheap, strong drink at pocket money prices.”

NUS officials responded by criticising the view that students prioritised alcohol over food, with Mattey calling it ‘outdated’ and a ‘stereotype’.

“Our research shows that students are spending on average up to £49 a week on food, while their alcohol total comes to an average of £15.”

“Both NUS and the Co-operative are committed to promoting responsible drinking. This partnership is about offering students a discount across all of their shopping to make their food bills more manageable.” 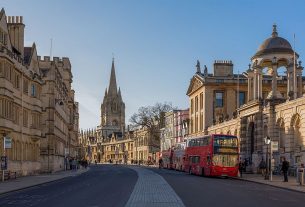