It is refreshing to see new television comedies taking risks and not sticking with the tired old sitcom formula, and the best example is The Wrong Mans. A comedy-thriller-espionage-drama, in the mould of 24 according to its creators, but more like “Carry on Hitchcock”, it’s been a rip-roaring ride that carefully toes the line between a tense drama and all-out silliness.

Written by James Corden and Matthew Baynton, the series stars the duo as bored county council workers launched into a mysterious world of intrigue and action. In the first episode, Sam (Baynton) fatefully answers a mobile left in the road after a car crash, and is launched into a nightmare of abduction and torture. Bumbling Phil (Corden) is also desperate to be involved, nearly joyful that a scene from the movies is unfolding in his dull life in Berkshire. They are certainly unwitting heroes, staggeringly incompetent as they navigate their new lives full of Chinese triads, MI6 agents, Russian gangsters, and music-box collectors.

Baynton and Corden are each likeable as a screen presence. Sam is a mild and innocent character, essentially a young Martin Freeman – the awkwardness of Arthur Dent, the dislike of adventure from Bilbo Baggins, and the bored every-man of Tim from The Office. James Corden plays the same character as ever, whether Smithy or Craig from Doctor Who; the British public know exactly what to expect from him, there’s nothing original, and yet I still always enjoy the performance. Meanwhile, there is a plethora of fine acting talent at work as the background cast, who barely get any screen time, boasting names like David Harewood, Dougray Scott and Dawn French.

Most importantly, it is funny. Very funny, and it’s got funnier with each episode. At first, there seemed more reliance on scripted gags that could turn up in any show, but as the series progresses, the labyrinthine plot twists become more absurd. Characters you might expect to be the key to the whole mystery are dead within minutes, and this ridiculous situation only heightens the laughs. Running from mobsters on the office roof, and then seconds later, being bundled into a secret service car, this is classic Hitchcock stuff, and Corden and Baynton play on its self-evident preposterousness.

It’s not the most intelligent script in the world, but nor need it be. There are already quotable lines from how obvious the dialogue can be, “he doesn’t actually work for the council…” but this adds to the farcical enjoyment. All in all, it has kept me watching and engaged with the characters, while laughing and appreciating the genre stereotypes.

One can only hope other writers have noticed this gem, and will continue to be original, rather than sticking to the script. 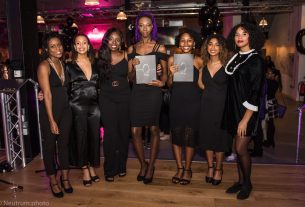