Skip to content
Pop culture today is all about werewolves, vampires, zombies, and the Winchesters’ “hot bodies.” Books and movies have been the major couriers for the popularity of horror, from the Stephen King tome and teen vampire novel to countless Paranormal Activity sequels. But more recently, television has been hopping on to the horror train, delivering audiences their weekly dose in the comfort of their own homes.

TV producers want a piece of the horror pie but it would seem to be more difficult due to the restrictions placed on cable TV. In a horror film, there isn’t much limit to the gore and violence that can be shown. With horror TV the limitations are stricter as anyone may be watching.

However, many shows have proven that you can create a 13-episode season just as horrifying as a two-hour slasher flick. Look at AMC’s The Walking Dead. It obviously has parameters it must work within, yet despite the rules The Walking Dead shows just as much blood, guts, and merciless killings (of humans and zombies) as most zombie films.

Shows including Supernatural, American Horror Story, Teen Wolf, and The Vampire Diaries have also overcome network limits. All air on easily accessed cable networks on a weekly basis, each with a relatively large viewership and fan base.

An issue that arises with such shows is advertising breaks. In an interview with the New York Times, The Vampire Diaries executive producer Kevin Williamson said, “My frustration is with the thing that keeps network television alive: the advertisements…It’s very difficult to create any suspense if you’re riding into a commercial break every few minutes.” And it’s true. If you’re watching a horror movie, you don’t want any interruptions as it would take away from the agonizing tension. Most horror TV doesn’t have the luxury of going on uninterrupted and must again work with such obstacles.

Shows like HBO’s True Blood and even Netflix’s Hemlock Grove have much more freedom that cable networks. They don’t have as many restrictions regarding graphic content and can show as much gore, violence, and sex as they deem necessary. If you’ve seen True Blood, you know what I’m talking about. Plus they’re better able to build suspense as they don’t have advertisements.

An advantage of horror shows on any network, compared to their cinematic counterparts, is having more time to develop characters and plot. However, a disadvantage to horror TV is the lengths to which screenwriters go for content or shock factor, such as the addition of werepanthers and fairies on True Blood and the overly graphic nature of American Horror Story. Sometimes the writers don’t have enough content, such as in The Walking Dead where certain seasons move at an agonizingly slow pace.

Despite the obstacles, horror TV isn’t going anywhere and if anything, will grow in popularity. In fact, there is a new series in the works where Jamie Lee Curtis (from 1978’s Halloween) helps young girls recover from their horrific encounters. No matter the limitations, there’s just something scarier about watching horror from the comfort of your own couch. You never know what that bump in the night could really be. 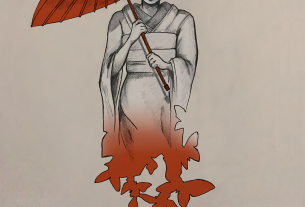