I’m an American. Ironically, I was in America for almost none of the government shutdown. And yet, I like most of the world, couldn’t help but feel like the brouhaha down in Washington had no more impact on my life, even as a temporary expat, than whether to get a bacon bap or a traditional English breakfast at Café Co Co.

And I was right. The whole world watched as the most powerful nation on earth crippled itself. We’ve all had our chances to take shots at how to pronounce John Boehner’s name or to ask how many Tea Party Republicans it takes to make a Mad Hatter (10/6) and now it’s time to ask that ancient and very Socratic question: why?

In a word: ideology. Everyone has heard the reports of American political polarization and those reports are accurate. The Tea Party has injected what it sees as conservative values into a party that was already mostly defined by little more than anti-Progressivism. At the same time, the Democratic Party clings to not cutting taxes and social programs, effective or otherwise, like a junkie to a bad habit.

Unfortunately, the U.S. has a bad habit in general and that’s that it’s drawn into this sort of conflict with reckless abandon. This is perhaps best made clear by a recent, and very short, Vice documentary on YouTube about the Ku Klux Klan and the Crips. But how do we, Americans, Brits, and say even Iraqis, stop this from happening again? For one, the U.S. conservative movement needs to redefine itself. The Tea Party while attempting to bring ideological purity has made the mistake of also bringing inflexibility. Defining conservatism is a good start. Politics works on a basis of compromise where possible and while I understand that the tax and spend model is a bit of an elephant in the room that doesn’t mean the solution is to throw the baby and America’s impoverished underclass out with the bathwater. Step one is the GOP re-defining itself. A conservative movement is always a coalition of sorts; just ask Edmund Burke or some other British figure I can mention to gain credence. And by that very nature, it can’t simply be an inflexible wooden palisade standing athwart history.

But let’s not forget Barack Obama and his party. The Democrats need to continue their “Blue Dog” emphasis from years back and not simply define themselves as the New Left’s new best friend. The American people like the Left’s emphasis on social justice. I do too. But what does a social justice couched in Marxist rhetoric do? Give up? Ironically, mobilize the American working class against you. If the Dems are going to be smart about the future, they need to recognize the limitations of their own rhetoric: justice good, anything that can be spun as class warfare bad.

So what it all boils down to is a spirit less bent on ideology and more bent on results. For all the mocking we do of power plays in Washington, and believe me it deserves mocking, at least a flexible political establishment moves government along. The recent outbreak in ideological purity was an attempt to fight the well-entrenched, pork-barreling of the elite on both sides of the aisle. And that’s respectable. But doing that to the detriment of any kind of compromise is to miss the point. America needs standards of virtue without falling into the trap of rallying around a standard of rigid ideology. Give me a Henry Clay any day.

But that leaves us with the question of where to go from here. With a crisis half averted and international respect around where it was during the height of the Iraq War, the US has some work to do. For one, that has to start with movements away from unilateralism. President Obama’s response to the Syrian controversy was unnecessarily indecisive and incapable of falling back on the Human Rights framework it claimed as its own. Without the UN, America isn’t fooling anyone about Human Rights. The age of American territorial imperialism is over; the age of American cultural imperialism has just begun. The irony is that with the wide proliferation of American products, America becomes both a larger part of and yet a more easily resentful part of foreign cultures. Coke tastes better in Europe than in the US and McDonalds is as popular here as ever. Yet with all that jazz comes accusations of Globalism and exploitation and all that good stuff. These are things beloved by neither the conscientious on the Right nor the conscientious on the Left. America’s future must be one of respect for the world, of understanding other peoples without belittling them. Unilateralism and hegemony died with Stalin. Or so I hope.

Religion remains an important part of the Oxford college 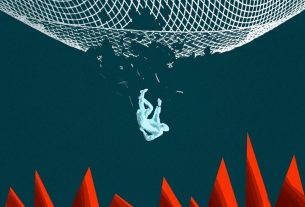 The University’s safety net policy is full of holes