JCR presidents are supporting a college doctor in opposing the Government by refusing to hand over the medical records of his patients to the NHS.

In an email sent to members of a number of colleges, students were told by their college doctor of “huge changes to the way in which the NHS handles your personal and private data”.

This refers to the controversial “care.data” scheme launched by NHS England in recent months, which plans to centralise aspects of patients’ medical records. Despite assurances that the data will be anonymised, doctors across the country have expressed concern that NHS numbers and postcodes could be used to discover the medical records of individuals.

As a result, the college doctor by whom the mass email was signed, and who wishes to be kept anonymous, opted all their patients out of the scheme despite being informed that it is against the law to do so.

The college doctor explained that they felt compelled to take this stance as a result of their Hippocratic Oath: “The rules of confidentiality should not be changed without the patients express permission and info with identifiers on it should not be given to government. If, however, patients wish to have their information released, that’s fine.”

“The Health and Social Care Act 2012 appears to be in direct conflict with the Data Protection Act and the duties of a doctor which expressly forbid the release of any confidential information without the patients consent.”

The doctor also expressed concern that recent revelations about government surveillance would mean this scheme was detrimental to students’ well-being, as it would make people reluctant to visit their doctor about “taboo” issues such as sexual and mental health.

The doctor’s stance has received the support of several JCR Presidents who discussed the initiative in their weekly meeting on Tuesday night.

This includes the Christ Church JCR President Chris Hutchinson: “A far more sensible option would be to have an opt-in system!  Delving into the issue further results in a Pandora’s box-esque situation, in which the actual process of data extraction and storage is a tangled mess of complications!”

“As a Common Room Head I am entitled to attend Prescom, the bi-weekly meeting of all of the JCR Presidents, and I have brought such issue up recently. I have encouraged all JCR Presidents to communicate with their college nurses and GPs to ensure that each and every student is informed of such changes.”

Hutchinson further announced that he intended to bring the matter to the attention of OUSU President Tom Rutland.

The JCR President of one of the colleges where the doctor practises joined Hutchinson in support of the doctor, commenting: “I doubt many of us would have been aware of the changes had our college doctor not alerted us to them, and we are grateful to him for doing so.

“Based upon what I’ve heard, members of […our] JCR support our college doctor’s decision to opt us out of the scheme by default, and we respect his judgment on the matter, especially as he is taking some degree of personal risk in his efforts to keep our data safe.”

“The rules of confidentiality should not be changed without the patients express permission and info with identifiers on it should not be given to government. If, however, patients wish to have their information released, that’s fine.”

The NHS has already delayed the introduction of the scheme in order to accommodate a £2 million publicity drive in January.

In a statement issued earlier this year, Chair of the Social Care and Information Centre Kingsley Manning said: “The duty of the HSCIC to preserve and protect confidentiality and privacy is clear and we are determined to uphold it.  The huge benefits offered by the development of care.data are also clear but can only be delivered in the context of public understanding and trust.”

“Everyone making healthcare decisions needs access to high quality information: clinicians need it to inform their decision making; patients need it when deciding which treatment option is best for them; and commissioners need it when making decisions about which services are right for their populations.” 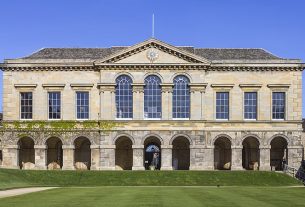