‘A thriller about spies, double agents, and the opaqueness of the human soul’ is a tagline that would probably only work in Oxford, and Ciphers definitely provides value for money for English students intent on unpicking the play’s themes. However, Blanche McIntyre’s lucid direction and a versatile set from James Perkins serve to make this a gripping if complex thriller for the more casual viewer as well.

Kerry’s sister Justine, a Security Services operative, has died in mysterious circumstances, and Kerry is determined to find out what happened. But in the shadowy world of Ciphers, more than one force is intent on preventing her from discovering the truth. The double-crossing plot is further complicated by frequent flashbacks and the fact that each actor portrays two different characters, with Gráinne Keenan as Justine/Kerry carrying much of the action by herself. It’s a testament to the cast’s abilities that we have no problem distinguishing these characters by their mannerisms alone, with Ronny Jhutti’s Kai and Kareem being particularly sharply distinguished. (Keenan, and Bruce Alexander as Koplov/Peter also deserve praise for their convincing and extensive use of Russian at various points in the play.) As the story unfolds, however, the lines between the characters begin to blur, ultimately making a point about the instability of identity. The most dangerous thing about being a spy, it seems, is not the risk of losing one’s life, but the risk of losing one’s self.

The set, a minimalist series of sliding screens, is instrumental in conjuring up a sense of paranoia; it’s never quite certain what is lurking in the shadows. This is aided by the polished scene transitions, in which actors vanish from one space only to reappear instantly in another. These transitions provide a satisfying counterpoint to the characters’ mental state: as their deceptions unravel around them, so too are the screens pulled down to reveal what lies behind them.

While Ciphers may initially seem a touch too polished and glib, what starts out as a slick thriller soon becomes something far more messy, complicated and compelling. This play may demand your concentration, but it will pay it back with interest.

Ciphers is showing at the Oxford Playhouse until Saturday 9th November, tickets here

The Adventures of Tintin: Rip-roaring fun 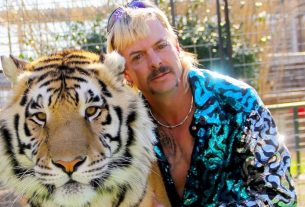 Your queue will thank me II: 10 more for your Netflix watchlist