Flesh and Bone, the Ashmolean’s landmark and much heralded exhibition of the work of Francis Bacon and Henry Moore, is a long overdue look at two of the most important twentieth century British artists, whose differences have often been emphasised at the expense of what really united them: a deep interest and engagement with the human form and condition.

And at first glance the differences can seem almost irreconcilable; the painter versus the sculptor. One working in a medium of movement and fluidity, the other in a monumental and static form. A contrast that is deepened by the personalities of both artists: the homosexual bohemian is miles away from the pillar of the establishment, happily settled in rural Hertfordshire.

The genius of the exhibition is therefore in teasing out the strange unity of purpose and expression that united these wildly different men.

The curators have chosen to begin with a look at the early influences to both artists, showing the inspiration both men drew from Rodin and Michelangelo and the motion of the human form. As such Bacon’s Painting (1950) echoes the classical and muscular forms of sculpture much like Moore’s Falling Warrior (1956-7).

Moreover, both Moore and Bacon’s technical genius are brought to the fore by contrasting their works. Bacon’s thick brushstrokes, whose violence mirrors his subject matter, are highlighted by Moore’s drawings which are rough and expressive. Many of Moore’s drawings date from the war period and both artists were in some sense shaped by the brutality of the twentieth century. Moore had seen active service in the First World War and both were to experience the Blitz firsthand.

Bacon’s interest in the violence of life is well documented. He spent his career attempting to tap into the core of human sensibility and revealing the violence that he believed characterised life. He portrayed humans tormented and twisted, and drew attention to the flesh. Two Figures in a Room (1959) has one figure eerily reminiscent of a carcass and when we see Bacon’s depiction of the death mask of William Blake we are literally staring death in the face.

However, the exhibition also pushes the darker side of Moore’s work, including pieces such as Maquette for Mother and Child (1952) or his series of mixed media drawings of heads from the 1950s which challenge many of his other depictions of the human and maternal figure.

Interestingly many of Moore’s less smooth forms are on show, Warrior’s Head (1953) being just one example, and we are led to compare both artists who were keenly aware of the mediums they worked in. Bacon often talked of his paintings as in some aspects accidental or subconsciously affected by his attempts to paint as close to his instinct as possible. Moore’s forays into the lost wax process, bronze and plaster also suggest an artist probing the potentials of objects themselves.

One fascinating element highlighted by the display is the way in which both artists, although separated by the mediums in which they worked, were both keenly aware of the setting and arrangement their artwork was to take. Bacon’s famous Second Version of Triptych 1944 (1988) and Moore’s Three Upright Motives from the period 1955-6 are an obvious example of the overlap in the artist’s work.

But Flesh and Bone is superb in its awareness of both artist’s desire to isolate the human form within a larger surrounding. Bacon’s work often uses the clean and simple interiors to contrast his distorted figures or uses straight lines and rampant grass to blend the figure into its setting. By contrast Moore often isolates individual parts of the human body from each other. In his sculpture Woman (1957-8) the female head is made much smaller to emphasise the massiveness of the body.

The documentaries at the end help to drive home these similarities but also place both artists in their wider context, charting their development over time. With the exhibition being largely confined to the 40s, 50s and 60s they also offer the chance of a wider view than the scope of the display itself.

Flesh and Bone tells us something important about two of Britain’s most pivotal and compelling artists. Using two very different men its shines a light on their obsession with the human form and their attempt to grapple with its depiction in a world flooded with images and reeling from violence. No doubt Moore would be happy among the curiosities of the Ashmolean itself whilst Bacon would be longing to return to London. For the time being though, they are together under one roof. 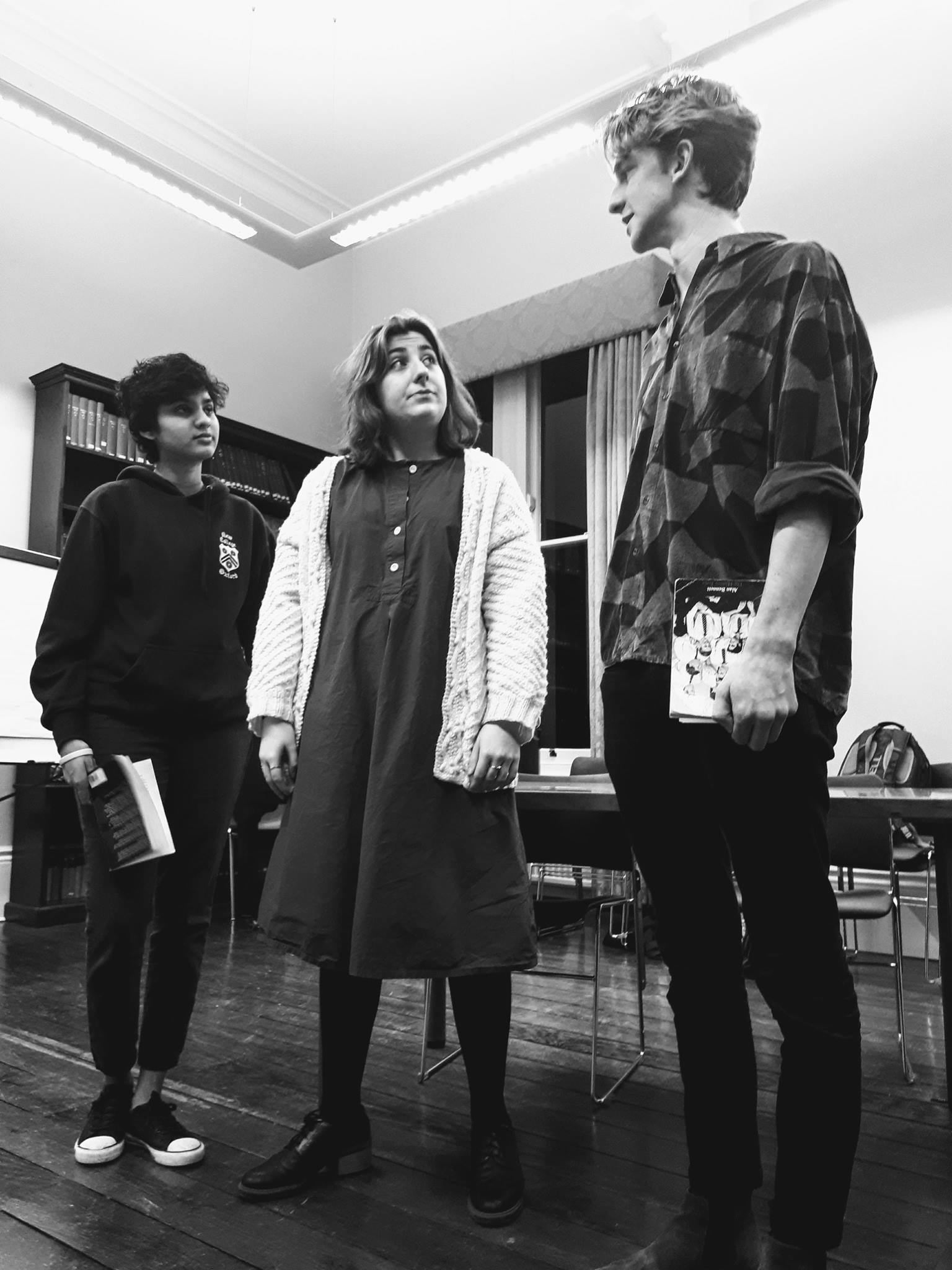 The History Boys at the Moser Theatre: A Brilliant Play with Good Production