‘There’s a humanity in Endgame,’ director Will Felton tells me, ‘which is often overlooked.’ This is a bold claim to make – and if I hadn’t already seen what this production’s cast of four were capable of, I’d probably have scoffed. This Fools and Kings production of Endgame is every bit as unsettling as the best Beckett adaptations, but it’s clear that the actors and director are united in their goal of lending plausibility, if not warmth, to the human relationships in the play.

This is evident in a scene I’m shown featuring Nagg and Nell (Thomas Toles and Dina Tsesarsky), an old married couple confined within two metal drums. There’s not much scope for movement here, with only the faces and arms free, but each motion is carefully controlled and expressive, and we’re given the distinct impression of two characters who are forlorn and worn-down. There’s a powerful chemistry between Toles and Tsesarsky which is made even more potent by their inability to touch despite living side-by-side, and the two actors do their best to make the relationship seem almost painfully real.

For a play in which only one of the four characters is truly mobile, there’s a great deal of emphasis placed in Endgame on the physicality of the actors. Jamie Biondi looks set to give a terrific performance in the heavily-physical role of Clov, limping and hobbling his way around the stage. Biondi informs me that it is the addition of the physical element which is really making the play come together, and it’s clear that the cast have put a lot of thought into their interpretation of Beckett’s rather terse, rigid stage directions.

Felton says that the set design will be relatively elaborate for a Beckett adaptation – which is to say not very elaborate at all. It’s easy to see how an overstated approach to set design could suffocate Endgame’s tension and peculiar atmosphere, although with such strong performances at the centre of the production this isn’t likely to happen. The Burton Taylor stage will inevitably be dominated by the immobile and unflinching figure of Luke Howarth’s Hamm, whose booming voice – shades of the 2000 TV adaptation with Michael Gambon – keeps the other three characters in check.

Above all, this is an adaptation unafraid to embrace Beckett’s surreal and slapstick qualities. We’re treated to a hilarious scene involving a flea, some insecticide, and Clov’s trousers; Nagg puns on words like ‘fly’ and ‘crotch’ with gleeful abandon. Felton notes that directors tend to focus on the gloom of Endgame without picking up on the humour which pervades the play. To his credit, he’s avoided this pitfall, and his vision of Endgame is one I’m eager to see realised in eighth week.

Endgame will show at the Burton Taylor Studio from Tuesday to Saturday of 8th week at 7.30pm. Tickets £6/5 and available here.

On the taboo of nude drawing 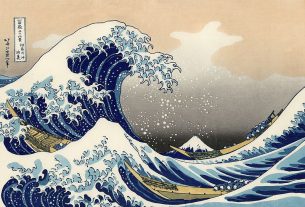 The “unplumbed, salt, estranging sea”: its representations in art and literature