A female student at Wadham has claimed she was told she was “not eligible” for the College’s taxi service, and was forced to walk home alone late at night.

The student, who lives outside of Oxford city centre, was unable to get home in the early hours of 13th November after her bicycle lock malfunctioned around midnight.

At the suggestion of a passing policeman, she approached her college to ask if she could use the subsidised taxi service.

She claimed she was told by the porter that the taxi service was only available in cases of injury, transport of SU supplies, or if a student was drunk. She also claimed she was then accused of “abusing” the system.

The student asserted that the Wadham SU – equivalent to a college common room – should ensure there was a system in place for students “who felt stranded”.

“The point I was trying to make (granted in a fairly shit way) was that a student union that spends hundreds on free food at brunches and taxis for booze might want to consider spending a few pounds on getting a student who felt stranded and vulnerable home safely, particularly if that student was someone sober and more vulnerable than I was,” she said.

The student has now resolved the issue with the College.

“A student believed that the taxi service had been cancelled but when I made inquiries of the lodge it was clarified that in that case the student was not eligible for the taxi service provided by College, which has several stipulations.

“I intend to clear the matter up at our next SU meeting on Sunday and there might be a discussion as to when the SU might wish to pay taxi fares for students and how far either the College or the SU has duty of care over students,” she added.

Metzer also highlighted Wadham’s other welfare services: “It also provides a timely reminder of such facilities as the Women’s Room, Men’s Room and Safety Bus all there to help students’ safety and security.”

The student said she had received many messages of support from members of the college.Frances Lloyd, the College’s Domestic Bursar, said she would be pleased to discuss the issue with the student concerned.

“The Lodge staff offered to call a taxi for the student to get her home safely,” she said.

“If the student would like to contact me direct to discuss the matter then I will be pleased to meet with her.” 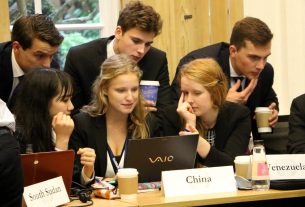