There has been a curious absence in this latest OUSU election; an almost total lack of discussion or interest in graduates. Although we make up 44% of students at Oxford, graduates often struggle to get a hearing in student politics, and in spite of the increased coverage the election has received this year the student press has still all but ignored graduates. The names of the Vice President for Graduates candidates have scarcely been mentioned, and only the OUSU Uncut blog has offered any analysis of the contest. Cherwell this week even went so far as to refer to ”both” of Team Alex’s other sabbatical candidates, forgetting it seems that there was a third- me! Thankfully neither myself nor my opponent featured in The Tab’s ‘Most Absurd Things In OUSU Manifestos’ feature, but frankly I wonder if they bothered to read our manifestos at all.

Nor is this simply an issue with the student press. At the Liberation Hustings – joint organised by WomCam, the Campaign for Racial Awareness and Equality, Disabled Students and LGBTQsoc – the only sabbatical candidates not asked to speak were those for Vice President for Graduates. Apparently the high attrition rate for female graduates trying to get into academic careers, or the issues of social exclusion faced by international graduates simply didn’t merit their attention.

Why are graduates being so roundly ignored? One answer is that the Graduate Vice-President position is only voted for by graduates, and thus is only of interest to half of the electorate. Yet the Vice-President for Women, which is in the same position, receives far more interest. Moreover, like the Vice-President for Women, the Graduate VP does not concern themselves solely with one part of the student body. In this election I’ve argued for better support for graduates starting out teaching, improving the teaching experience for graduates and undergraduates alike, and for the fee for applying for graduate study to be dropped, enabling more undergraduates to consider an application to stay at Oxford for graduate study.

Another explanation is that graduates vote in even fewer numbers than their undergraduate counterparts.  This is certainly true. But we can’t blame graduates for not being interested in OUSU. If OUSU wants students to engage it must prove that it can solve the problems they care about. If graduates don’t want to vote this week, that’s my problem and not theirs. Yet equally students have a right to expect that their societies, and their press, keep them informed about all the issues in this election and what the candidates plan to do about them.

So if you are a graduate reading this, please do go to ousu.org, read the manifestos and vote in this election. And if you’re an undergraduate, tell a grad you know to do the same. Hell, read the manifestos yourself. It might not be too long before you’re a graduate, hanging out in your MCR and wondering how you’ll get funding next year, or how many contact hours you’ll get with your supervisor this term. These issues matter, and we need a student union – and a student politics – that makes us believe that. 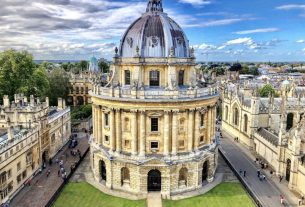 Degrees should be earned, not bought