Must we apologise for wanting to belong? Should we feel ashamed on memorial days, such as Remembrance Day? The Oxford Union’s Patriotism debate evoked many provocative questions.

Varun Sivaram, a Rhodes Scholar and former Senior Advisor to the Mayor of Los Angeles, opened the case for the proposition with one such intriguing question: “Why is America the best country in the world?” Sivaram took a wry take to this question, and recounted that America leads the world in only three categories: number of incarcerated citizens per capita, number of people who believe angels are real, and defence spending – where America spends more than the next 26 countries combined.

However, Sivaram was elucidating what patriotism isn’t – “It’s not extreme, blindfolded or disparaging”, but rather “an affinity for, and identification with, one’s country”. Moreover, he advocated how patriotism is a transcendent extension of our interpersonal relations, and that nationalism and jingoism are merely distortions of the term.

To respond to these remarks, Matt Handley from the opposition outlined how patriotism “inspires emotions and attitudes” and evokes “a sense of achievement, which is both foolish and artificial”. The semi-finalist of the World Debating Championships asserted that patriotism supresses us from addressing societal concerns – “it fills us with a pride that blinds us”.

Up until this point of the debate the tone had been very serious, however this was to change as Simon Blackaby took to the floor. The self-proclaimed “posh-speaking, plane flying Tory” kept the audience in fits of laughter as he illustrated patriotism working at a grass roots level, by outlining the extent to which people are proud of their stereotypically British mannerisms, such as queuing – “We are proud that we queue best and we queue best because we take pride in our queuing; and for this, we can say, ‘Thank you, patriotism’”.

Although light-hearted in tone, Blackaby’s message was unwavering and resolute: “You can love your family without hating other families, you can love your sexuality without looking down on other sexualities, and you can certainly love your country without dislike for other countries”.

However appealing this may sound in an ideal world, it is rarely the case in reality, countered Edie Friedman, the director of the Jewish Council for Racial Equality. In fact, the Cambridge Dictionary defines ‘patriotism’ as the “feeling of loving your country more than any others”, she reasoned.

Had the opposition been indulging in “Daily Mail logic” asked Jonathan Freedman, in his rebuttal? Should we do away with candles as, in extreme cases, they can result in a “house being burnt down”? Or perhaps, he further questioned, we ought to abolish social democracy in case it leads to communism? The 2008 winner of the David Watt Prize for Journalism insisted that the opposition was incongruously “hijacking” the meaning of the term ‘patriotism’.

Abdullah Al Andalusi, founder of the public discussion forum ‘The Muslim Debate’, responded to these comments by making a distinction between humanitarianism and patriotism; he claimed that whilst there are “no vices” in the former, there are no “no virtues” in the latter. We ought to look after the interests of the whole world, he explained, rather than those of our own country.

In contrast, Bill Cash, described as “one of the most Eurosceptic MPs in Parliament”, delivered perhaps the most sentimental speech of the evening. He recalled how his father had fought and been killed in Normandy in 1944. His father had “died for democracy and liberty of all”, for all political parties, for each and every resident of Britain. Patriotism, he pointed out, is just a “practical application” of the values that we support and defend.

The final speaker for the opposition, Peter Tatchell, dismissed Bill Cash’s statement on the grounds that “patriotism is the force behind nationalism”.

Tatchell, a political campaigner who recently called for the abandonment of the British national anthem, conveyed how the obligations of “a human being” should transcend “national borders and identities…There is not enough acknowledgement of common identity”.

At the end of the intense and spirited debate, many members of the audience seemed to believe that there was very little to choose between the two teams, which certainly reflected the high standard of the evening’s speeches.

A new dawn for menswear 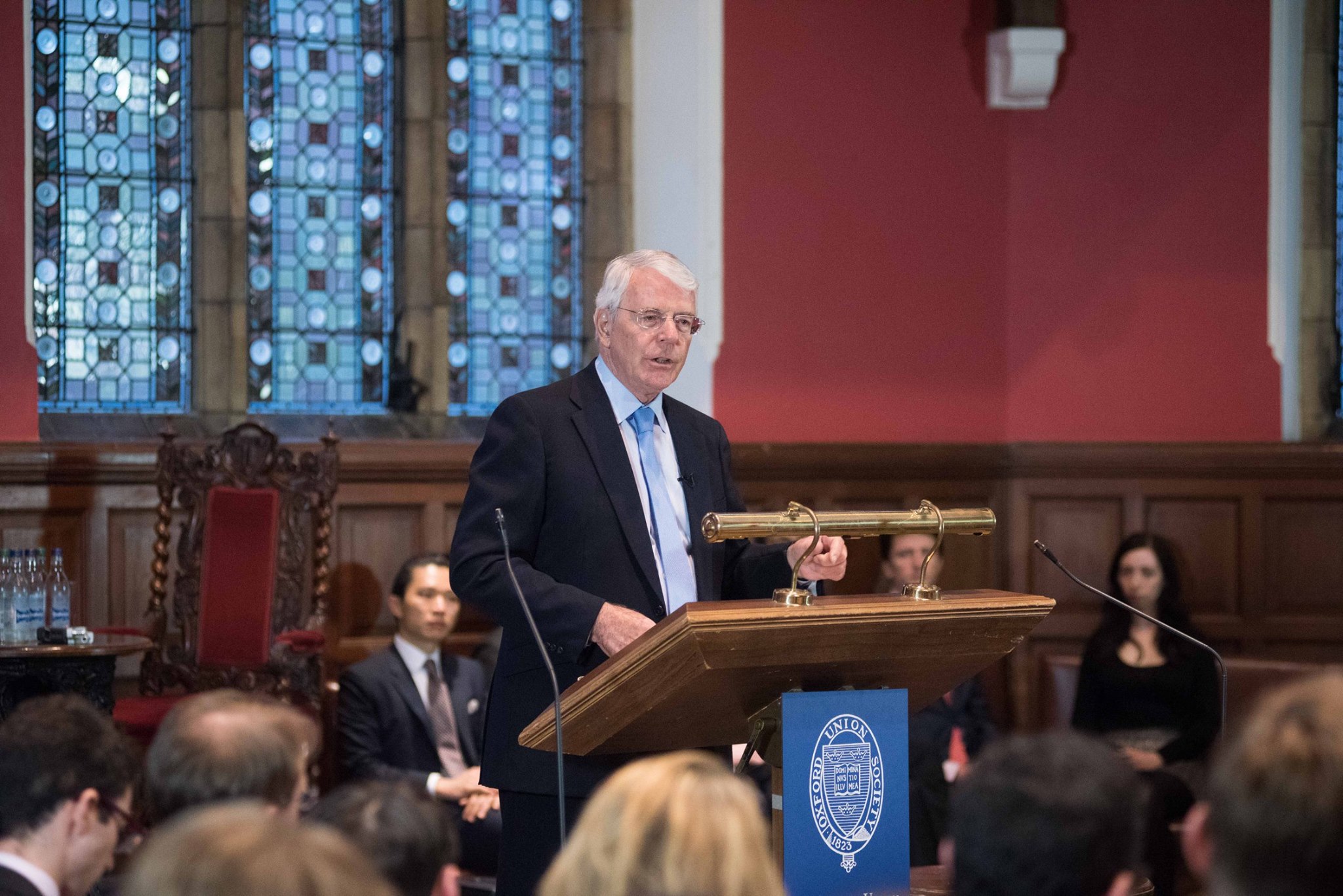 The torturer Oxford “bent over backwards” to admit