The Vice Chancellor has dismissed claims that improving Oxford’s image is the most important task facing the University’s access campaign.

Rutland said in his email that many people see Oxford as unaffordable, and that this “seems to have been misunderstood, or perhaps not shared” by Hamilton.

Rutland told the Oxford Student that “perception does matter”.

“All too often when our students go into schools trying to encourage applications from non-traditional backgrounds, they hear ‘I can’t afford to go to Oxford’ from pupils they talk to,” Rutland said.

“Suggesting increasing fee levels towards £16k does nothing to challenge this perception – all it does is reinforce it. Perception does matter – it’s what makes the difference between applying and not doing so.”

“At a time when the true impact of higher fees on undergraduate applications cannot yet be accurately assessed (due to how recently the system was implemented) it is irresponsible to suggest fees should be even higher,” he added.

This comes after the Vice Chancellor said last month that the “real cost of an Oxford education is at least £16,000 per undergraduate every year”, and that “a system of tuition charges more closely related to the true cost of the education provided” needs to be considered.

Rutland was then told by OUSU Council to write to Hamilton to “express… concerns about the access implications” of his words.

Hamilton, however, defended the University’s bursary schemes and help for students from disadvantaged backgrounds.

“In this University the reality is that a “fresher” from a low income background faces first year tuition charges well below those levied anywhere else in the country,” his letter to Rutland continued.

“It is also a reality that Oxford provides the most generous overall financial support package for undergraduates of any university in the country.”

Students reacted strongly to the Vice-Chancellor’s claims about access.

“From the UNIQ Summer Schools and the incredibly generous range of bursaries described by Professor Hamilton, to the fantastic work done by each and every college, Oxford leads the way,” he said.

“However, he is vastly mistaken in his belief that the perception of Oxford is not important. Unfortunately, a huge part of access work, at every level, is the debunking of ‘myths’ that surround the University.”

“We all know from our own experiences of Oxford that the perception that these myths create is entirely false, but it is still presented in the press and accepted by many.”

“This creates a major obstacle that stops talented students from non-traditional backgrounds that would thrive here from applying. It is deeply frustrating, but the negative perception of Oxford is pervasive and therefore exceptionally important,” he added.

A second-year Biology student who has been involved in Oxbridge access work in schools said “getting the message across is just as important”.

“It is crucial that Oxford needs to be affordable to everyone. The fact that bursary and grant schemes already exist means that the priority should now be making people aware,” he said.

7th February 20135th May 2013By Anna Robinson and Matthew Robinson 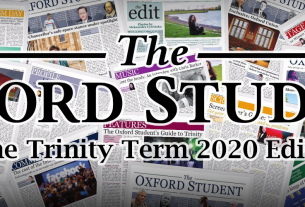