The contrast between the university’s gilded youth and the homeless population of Oxford is perhaps at its most galling when clothes are involved. The romance of scholars in sub-fusc and well-heeled girls in ball gowns sits uncomfortably with the city’s ranking as the fourth worst place in the country for homelessness. Presented by Sarah Fan at For Fashion’s Sake and the Oxford Cocktail Society, ‘Northern Lights: A Paradise Lost’ offered an excuse to dress up and sip cocktails in aid of The Gatehouse, an Oxford-based charity which offers food and refuge to those sleeping rough.

With pieces still on display from the Edgar Wind Society’s Material Exhibition, Freud provided an atmospheric venue for a nostalgic foray into Phillip Pullman’s parallel Oxford. The striking web sculpture suspended from the ceiling gave the former church a touch of the gothic, while the checkerboard catwalk was reminiscent of Lewis Carroll’s Alice in Wonderland. The doors opened fashionably late, however the queue provided a welcome opportunity for pre-show style spotting. The veritable forest of faux fur cast against the neoclassical backdrop of Freud was almost a show in itself. This, then, was Lyra’s Oxford, only with fewer daemons and more sartorial sidekicks.
For the boys, sheepskin coats and sheepish grins dominated the catwalk. The clothes, which were mainly the models’ own, were an eclectic mix. Baroque smoking jackets and paisley waistcoats were almost Wildean in style, while the girls showcased occasion wear kindly donated by Coast and The Ballroom Emporium. Shimmering, silver eye make-up complemented the silky gowns and cocktail dresses: if Lyra ever had an eighteenth birthday party, this is what she would have worn.

Perhaps even more fashion-forward than the models were OxCock’s dapper triumvirate themselves. Channeling Audrey Hepburn in ‘Funny Face’, Kostas Chryssanthopoulos, Otamere Guobadia and Cai Wilshaw all sported muted turtle necks and sartorial self assurance, both of which promise to be big looks for AW13.
Commenting on the success of the night, Cai Wilshaw revealed: “We managed to raise over £1000 in gross ticket sales, which is a testament to the hard work of the team as well as the benevolence of Oxford students. We’ve got great plans for the future – bigger and better than before – so watch this space!”
IMAGES: 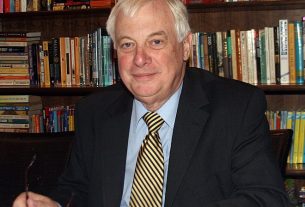