If you’re an English student who has ever played with the thought of following in the footsteps of your literary idols, you’ve probably dismissed the idea as an unrealistic, momentary craze; after all, hasn’t everyone been telling you that being an author nowadays is an insecure, unsustainable profession? If there is one person who has successfully proven this to be false, it is Tom Ward: Since graduating from Newcastle University in 2012 with a degree in English Literature and Language, he has not only won the prestigious GQ Norman Mailer Student Writing Award, but also published his debut novel ‘A Departure’. But what does it take to be a young writer in a modern climate of unpredictable economic change, where arts and culture budgets are being cut on a national and regional level? With the publication of his first book already several months ago, it’s time to catch up with Tom.

Currently living in London, he writes for several publications such a Sabotage Times, Vice and Huffington Post whilst working on his next book. Tom admits that it can be quite a challenge to make it in the competitive world of literature for young authors in addition to the day-to-day work to earn a living, so having a novel under his belt is definitely ‘a useful calling card’: ‘A lot of journalists say they’d never have time to write a novel, so it’s good I have the first one out of the way to get the ball rolling’. Tom’s journalistic portfolio includes interviews with World War Z author Max Brooks and graphic novel icon Alan Moore (V for Vendetta, From Hell), yet finding a compromise between his literary ambitions, including the efficient promotion of his work, and writing gigs isn’t always easy. ‘I try and do some of my novel each day, but with freelance there’s no definite time to have finished. It’s difficult not having a 9-5 time frame to do you work in. Ideally, I’d love to spend all my time writing novels and just do a bit of freelance on the side if needs be’, he says.

Unlike his second book, Tom’s debut novel ‘A Departure’ was a project in development before the start of his university degree and, more importantly, before he had to juggle his passion for writing with a regular source of income. The story of 18-year old Michael, who witnesses the world as he knows it break down around him due to an unknown disaster killing the majority of human life on the planet, is reminiscent of Cormac McCarthy’s The Road: As the young protagonist travels through the lawless wasteland that Britain has become after the cataclysm, he is confronted with the brutality and ignorance, but also the inescapable solidarity that humans resort to in extreme situations. But whilst McCarthy’s work has been described as ‘post-apocalyptic fiction’, Tom avoids pigeonholing his book in such terms. ‘With the way Amazon works, A Departure had to be put into different genres: Coming-of-age, apocalyptic and adventure. I wouldn’t have put it into those genres myself and I’ve got a few reviews from disgruntled people expecting some end of the world zombie and explosion epic’, he explains. ‘Really though, people can classify it however they want. I’m not bothered what genre they want to put it in as long as they enjoy it.

But his book did not just generate critical comments with regards to its assumed genre. Despite the overall success of his book and the positive feedback he has received from people like bestselling author of ‘Man and Boy’ Tony Parsons, who referred to him as ‘quite possibly the best young writer in the country’, Tom had to face some fairly harsh reviews that questioned his writing skills and the essence of his story. ‘At first, negative reviews got to me, but I have some fantastic reviews from people and blogs I really respect, and I know I’m proud of the novel, so I try not to let negative reviews get to me’, he admits. And whilst it might be tempting to revise the novel for a second edition to shut up potential spiteful remarks, he feels that his writing has evolved ever since the publication of ‘A Departure’: ‘I think there’s a danger to keep going back and re-editing things, so you have to know when to draw the line’.

Tom’s next book is called ‘City of Arsonists’ which he hopes to be published in 2014. The plot is set is a bleak, ‘possibly Northern’ city where a ‘middle aged fireman, Guy, who’s lost his wife and daughter in a fire’ encounters a rebelling group of ‘jaded, disenfranchised arsonists’. Tom found his inspiration for the novel in Green Day’s album American Idiot as well as Ray Bradbury’s Fahrenheit 451 and McCarthy’s Blood Meridian, and although his current project includes scenes of gruesomeness and violence that resemble his first novel, he claims that ‘it’s a completely different genre and story. The characters are naive, but in a different way to Michael in ‘A Departure’. They’re less helpless and there’s less goodwill behind their actions, and more anger’.

The most remarkable aspect about Tom’s writing is how relatable his characters are, despite their unique and fairly extreme circumstances. You don’t have be a fan of dystopian literature or know Huxley’s Brave New World by heart to connect with his stories, which is a rare occurrence within most of modern literature featuring protagonists whose adventures might be thrilling, but feel completely out of reach. With his talent, perseverance and focus on improving his skills, Tom Ward has a promising future ahead of him whilst proving that becoming an author in today’s difficult economic climate is indeed a feasible possibility. 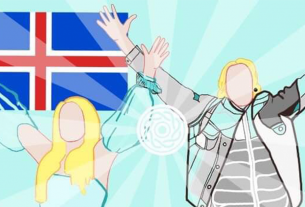 The Case for Crime Fiction