16:00 So tnats it folks! A truly enthralling game, but ultimately Oxford had far too much for Cambridge, who must be wondering how they failed to capitalise on an Oxford side which played with 14 men for over half an hour. Even with only 14, the pace and sheer physicality of the Dark Blues seemed far to much for Cambridge, whose scrum was shaky without. Sam Egerton’s red card will undoubtedly be a talking point, as he goes from Hignall Medal WInner to the first red carded player, hpwever npthing should be taken away from this Oxford side, who thoroughly deserved their win. Its been a pleasure, over and out!

15.51: On script, John Carter wins the Hignall medal. Off script a nice scuffle breaks out as Cambridge try and salvage some pride.

15.50: PENALTY OXFORD – Oxford have been smart since the red card, and they are at their smartest now, keeping Cambridge pinned back in that 22 and winning the penalty. Hudson takes an age again but he makes no mistake, and Cambridge heads are well and truly down now. OXFORD 33-15 CAMBRIDGE

15.44: Oxford really making sure the scrum is from the exact mark, wasting precious seconds in the process. They needn’t really though, because they dismantle the Cambridge scrum again. It really has been lacklustre today

15:43: 8 minutes to go, and the Blues are still looking resolute in defence. Still time, though…

15.40: PENALTY TO OXFORD: Its that scrum again, and Jon Hudson adds makes no mistake taking his sweet time in the process! OXFORD 30-15 CAMBRIDGE

15.38: Not much objectivity in the press box now with the Oxstu, Tab and Oxford Mail all in the same row…

15.36 Almost inevitably, Cambridge have got over the line, as Toby May uses his quick feet and a colossal overlap to stroll over. Courtenay Morrison MISSES the conversion. OXFORD 27 -15 CAMBRIDGE

15.31: Here come Cambridge, hitting back with a frenetic foray into the Oxford 22 and held up oiver the line. Cries of “Oxford, Oxford” ring from the South stand though. And from those pesky kids

15.29: TRY OXFORD. Incredible bravery and spirit from the blues, and even more composure, as they retain the ball for over 14 phases befpre Nick Gardner crashes over from close range. Hudson converts and incredibly its OXFORD 27-10 CAMBRIDGE.

15.25: They nearly take a huge step closer when Cambridge spill the ball in midfield, but Cambridge have clawed it back and have a lineput on their own 22

15.17: RED CARD TO OXFORD – SAMSON EGERTON. Couldn’t have been more wrong, its appears to be for gouging. The first ever red card in the history of the match.

15.16: Todays attendance is 24,463 according to a note being passed around the press box! Meanwhile Cambridge are battling to regain a foothold in the game. The TMO is checking for some sort of foul play offence…looks like Scott Annett cleared out Egerton Illegally

15.09: Once again apologies for the slow updates, please direct your complaints about this website in writing to the paper’s editor at ‘Mr Miles DIlworth, Keble College, Oxford. OX1 3PG”

15.04: Dangerous Dave has texted in with a few of her gripes, apperently “the beer queues are too long, the christmas music is awful, and I cant tell from the programme which players are single!”

15.02: Two changes for Cambridge and one for Oxford but I can’t be arsed to update you, we’re underway again!

14.55: So a strong start from Cambridge, but its Oxford who are really in the ascendancy at the break as they search for a fourth straight Varsity win. A couple of you got in touch! ‘Connolong’ says “Samson Egerton’s running is nearly as exciting as Keble’s architecture” and Mark has tweeted to say “If it stays this way, I hope Cookie has brought his sloe gin?!” Very mysterious Mark, tell us why?

14.53 Oxford have a little mix up in the back three but it doesn’t matter as Cambridge are steamrolled again at the scrum. HT OXFORD 13 -10 CAMBRIDGE

14.50: It doesn’t matter though, because Oxford decimate Cambridge again at scrum time. Hudson can’t miss that one. OXFORD 13-10 CAMBRIDGE

14.48: We’re back in play, and Oxford surge forward again but Gus Jone’s pass doesn’t quite go to hand. Another replacement for Cambridge, as Max Mather goes off.

14.42: Oxford finding holes everywhere now, as Sam Egerton breaks away into the 22, but Oxford squander possession and Cambridge clear. Lengthy break in play now, as the the stretcher comes on for Oxford’s James Harris. Really sad to see

14.34: TRY OXFORD: AND ITS A BANGER! Incredible feet from Henry Lamont turns an innocuous piece of possession on the 22 into a memorable try as the New College flyer wriggles and worms his way over the line from 15 metres out.OXFORD 10-10 CAMBRIDGE

14.28: Huge hit from Will Rowlands in midfield. Middle class crowd baying for blood…Dpn Stevens isn’t looking well down there.

14.25: PENALTY CAMBRIDGE – Don Stevens spends a long time peacocking in his obscene boots after Oxford are penalised for not realising, but he slots it! OXFORD 5-10 CAMBRIDGE

14.22: Can John Carter find another degree to do next year? Tweet us your suggestions @oxstusport

14.16: Big blow for Cambridge early on as Sam Farmer leaves the field. He was dubbed the press box ‘One to Watch’ over Cottage Pie earlier

14:14: A huge group of school children are chanting in the North Stand. Irritating. Oxford rumbling forward.

14:12 TRY CAMBRIDGE and it wasn’t difficult, if truth be told! Fast hands across the back-line and  a great offload from Toby May puts Nick Jones over in the corner. Don Stevens adds the extras…just. OXFORD 0-7 CAMBRIDGE

14:07 Clever little box kick from Harry Peck there, whose dad skippered Cambridge back in ’79 (TRIVIA) gives Cambridge a scrum deep in the Oxford 22.

14.00: The Oxstu’s awful website doesn’t want the Oxford lineup published, but we have honoured the great Nelson Mandela, and have heard the national anthem

13.50: Sorry folks lost connection there! Another stat for you: Oxford’s side boasts 13 players of Varsity experience, with only Jacob Taylor and Ian Williams from the starting side new to the fixture. Conversely Cambridge will start with 10 non-blues and have a new head coach in Andy Key, a former Leeds and Leicester Academy coach.

13.45: A few stats to whet your appetite: This is the 132nd Varsity Match, Cambridge hold a strong lead overall with 61 wins to 56, but Oxford hold more recent bragging rights having one the last three encounters. Both sides have one 5 of their regular fixtures this term, with Cambridge unbeaten in their last 4.

13.38: If you were hoping to catch live updates of the U21s game, please direct your vitriolic complaints to the folks over at National Rail, apparently they’ve been having signaling problems. Bastards. I can tell you however that Cambridge were victorious, by 30 points to 19.

13.36: Good Afternoon Rugby Fans! Welcome to the OxStu’s budget coverage of the 2013 Nomura Varsity Match. It’s a cold but sunny day ‘ere in Twickenham and I’ve smashed the free buffet the press box. We’re not the BBC, although we’d love to be…so you’ll have to refresh this page manually. Tweet me @oxstusport or @mattgompels with your thoughts, as I’m likely to run out of those within ten minutes. 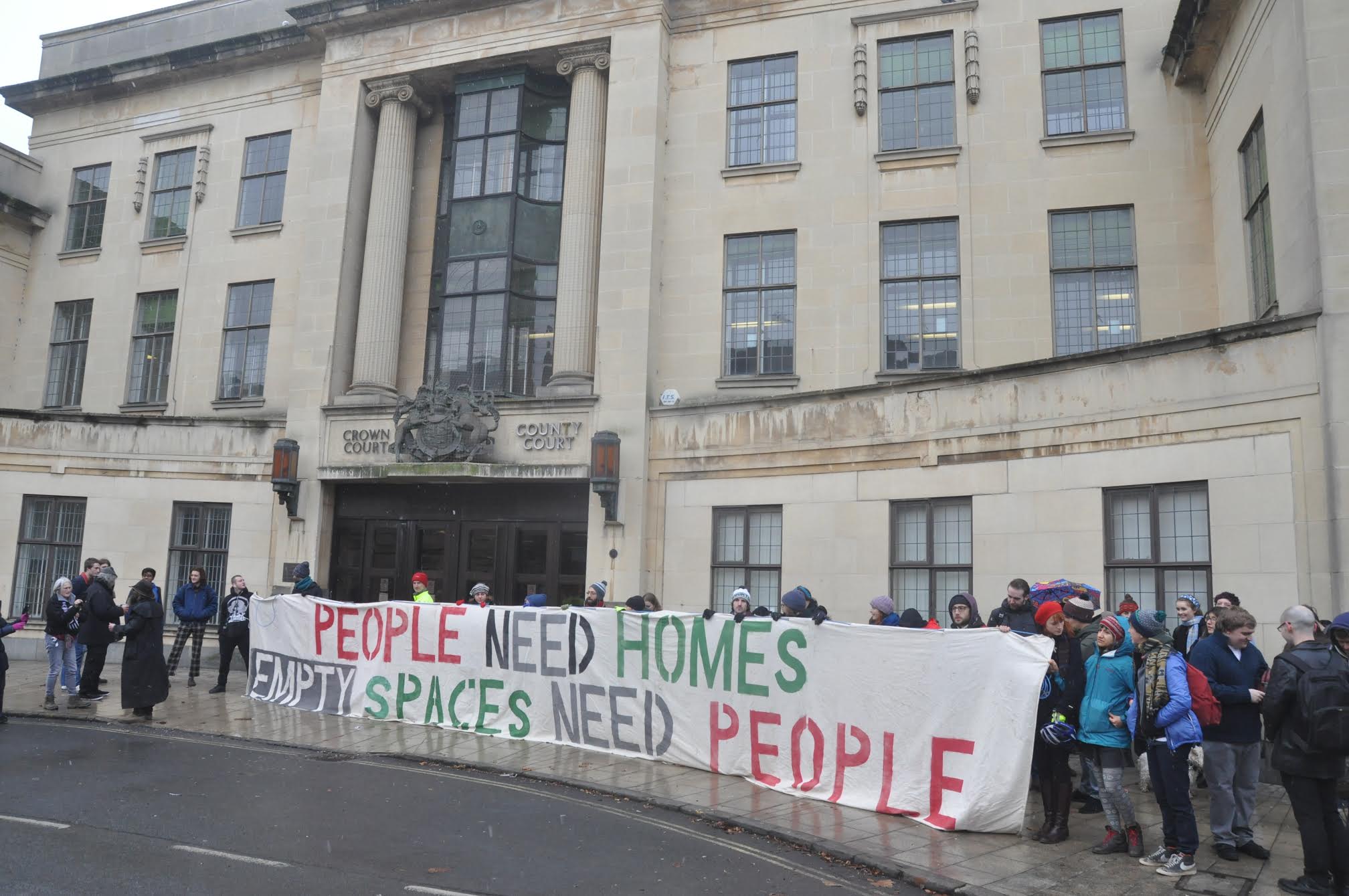 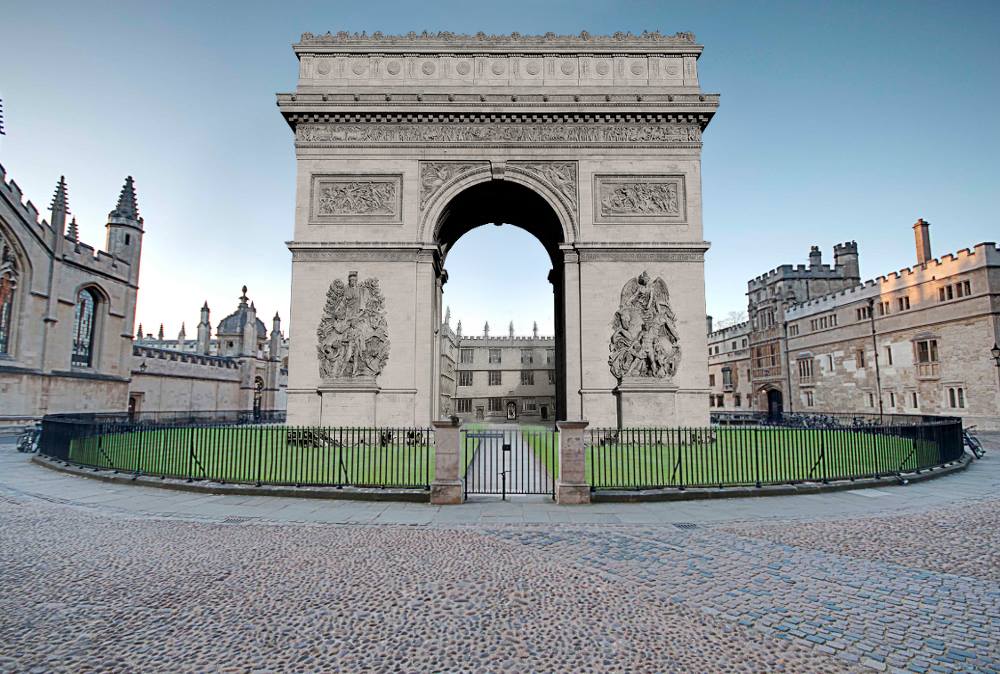