Two hours and forty-one minutes of screen-time. Fifteen main characters. One enormous dragon. Peter Jackson’s The Hobbit: The Desolation of Smaug is, above all, a big film. Picking straight up where last year’s The Unexpected Journey left us, Bilbo, Thorin, and the dwarven company continue their journey towards the Lonely Mountain to reclaim the kingdom of Erebor, making their way through the trippy Elven kingdom of Mirkwood and taking refuge in the poverty-stricken Lake Town, before finally entering the mountain itself.

There’s a lot to love in this latest instalment of Jackson’s new Middle Earth trilogy. The expansive New Zealand vistas are as breathtaking as ever, and the purpose-built Lake Town set, like Weta Workshop’s Edoras in The Two Towers, should be applauded for its immense detail and texture. Indeed, as the camera pans across the damp and grimy streets, one can almost smell the fish oil and tar. For fans of fighting, there’s more action than you could swing a pointy Dwarven axe at, with some impressively acrobatic fisticuffs between The Lord of the Rings veteran Orlando Bloom and the humongous orc, Bolg, and a particularly squelchy beheading involving launching an orc from a row-boat (yes, you heard me…). However, it’s really Benedict Cumberbatch’s Smaug that steals the show as what must be one of the most engaging on-screen dragons in cinema history. With a voice like an earthquake slathered in honey, Cumberbatch strikes the perfect balance between the fire-breather’s vanity and theatrical affectation, and the deep-seated bitterness, malevolence and rage that erupts as Smaug asserts his authority as ‘King under the Mountain’. Needless to say, the cinema hardly breathed throughout the entire last act.

Thorin, portrayed by the similarly rumbly-voiced Richard Armitage, is also a show-stopper; his defiance towards the Elven Thranduil was perfectly played: powerful and kingly, full of bitterness, with just a touch of tyranny. His long-awaited return to Erebor, tenderly running his fingers along the stone walls, even brings tears to the eyes. We see a little less of Bilbo this time around, but, needless to say, Freeman is also unforgettable. We don’t want to spoil it for you, but let’s just note that his entrance into Smaug’s lair had the whole house chuckling.

However, whilst The Desolation of Smaug makes a huge step-up from The Unexpected Journey, it is certainly not free from some of the same problems that irked many critics last year. Much of the gravitas of the film’s score and design is robbed by cartoonish flourishes in the action sequences;  Bombur’s physics-defying fighting during the barrel-ride, in particular, sadly tips over the edge of ‘light-hearted’ into the realm of Tom and Jerry. The antagonist Azog, similarly, fails to terrify as the at times dangerously video-game-ish CGI means that he simply doesn’t pack the same punch as The Fellowship of the Ring‘s Uruk-Hai, Lurtz, played by a massive Maori. We also sometimes wonder a little at what exactly Azog does for the film: something which is testimony to a plot which (ironically, given the slim source material) has a little bit too much going on. Indeed, the screenplay gives its protagonists so much to do that skin-walker Beorn has far too little screen-time to be anything more than forgettable.

Overall, the film is a success, and is simply a must-see for any Middle Earth fan; The Desolation of Smaug boasts magnificent design and score, as well as some frankly incredible performances from Cumberbatch, Armitage and Freeman, but is unfortunately let down by cartoonish action, and a bloated plot that is ‘stretched, like butter spread over too much bread’. 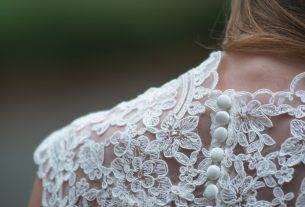 The Anxiety of Influence: David Hare calls for new playwrights