A neutron star growing at the site of a dead supernovae sounds an uncommon event. Combining this with the fact that it does not act like any other similar system yet observed, you would have a conundrum for astronomers indeed.

This system is known as Circinus X-1. The star group “had been a puzzle to x-ray astronomers almost from the moment of its discovery”, said Sebastien Heinz, one of the researchers.

Circinus X-1 is an x-ray binary system consisting of a neutron star, coupled with a second star that is not dissimilar to our sun. Matter from the ordinary star is slowly leached by the neutron star and pulled into clouds around it. Despite the neutron star having a radius of less than half the distance from Oxford to Reading, its huge density results in a large enough gravitational field to attract the second star in the system. X-rays are emitted as these clumps of matter collide with the neutron star and are blasted back out at the poles.

The study carried out on the system have shown its age to be much younger than first estimated – it was formed as recently as 4,600 years ago. This has explained some of its more erratic behaviour, such as low magnetic fields, yet high x-ray emissions.

The x-ray emissions were the main problem in studying the system. Analogous to trying to take a photo of a shaded object when there is a bright light source just behind, the x-ray glare prevented any other detail from being picked up by the instruments used and left only silhouettes.

However, the team managed to catch the system in a state of low flux – that is, when the neutron star was at its dimmest – allowing longer periods of exposure by their equipment. The x-ray measurements obtained, when combined with radio data made with a telescope team based in Australia, lead the researchers to an exciting conclusion: that the neutron star had been formed by the death of the supernovae.

The results are highly significant because it has proven to be the youngest of any such system ever to be observed by scientists. Traces of supernovae disappear very rapidly after the death of the star, so it is very improbable that any systems will be found in this state.

This is the first time that data has been collected on recently extinguished supernovae, with the added bonus of finding a growing neutron star among the debris. “Such objects are exceedingly rare”, their report states, “none were known to exist in our Galaxy”. 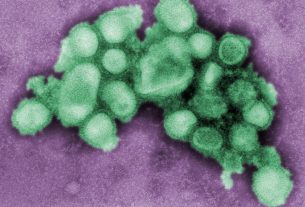 Flu: Why You Should be Terrified but also Hopeful

Life in a one-sided world