Science funding probably wouldn’t appear on the list of priorities for most voters. It is perhaps surprising that George Osborne has named it as his ‘personal priority’ and emphasised its importance in ‘winning the global race’, that favourite phrase of the Conservatives. Over the last few years, Osborne has made a number of compelling pledges regarding science funding, leading a BBC science correspondent Pallab Ghosh to question, in late 2011, whether he might be considered the ‘Science Chancellor’.

That was two years ago – considering the announcements since then, including in the recent Autumn Statement, how valid is it now?

Since 2010, the Coalition’s record on science funding has been rather mixed. When Osborne stood up to deliver the Spending Review of 2010, he revealed that the science budget would be frozen (or ‘protected’ as he put it) at £4.6bn – an incredible result, given the 19% average four-year cut in departmental budgets.

There were two problems with this settlement – firstly, frozen budgets are vulnerable to the effect of inflation. Based on 2010 estimates of inflation, a freeze at £4.6bn was predicted to amount to a 10% reduction by 2015. The Campaign for Science and Engineering (CaSE), in its evidence to the House of Commons Science and Technology Select Committee’s 2011 inquiry into the Spending Review, claimed this was an underestimate, pointing out that the rate of inflation in science and engineering is probably higher than that indicated by the Consumer Price Index. Either way, a frozen budget decreases in real terms.

Secondly, no-one realised that the ‘science budget’ had been redefined – the protected £4.6bn no longer included capital spending (the money spent on infrastructure, equipment and its maintenance), which suffered a colossal 41% cut. This was a significant blow – scientists faced the prospect of being unable to carry out research due to lack of resources. For example, a 2011 Freedom of Information request allowed CaSE to show that the ISIS neutron source, a world-class facility at the Harwell Science and Innovation Campus near Oxford, was turned off around half the time due to insufficient money to pay for electricity.

Since 2010, Osborne has made significant, repeated attempts to mitigate this cut – the 2011 budget saw an extra £100m announced, followed by £50m for a graphene research centre at the 2011 Conservative Party conference, then £21m for a space radar project in the 2011 Autumn Statement, and a further £100m in the 2012 budget. Following these and other announcements, the shortfall in capital spending was reduced to around £300m. In this year’s Spending Round, Osborne announced that capital spending would almost double in 2015/16, to £1.1bn, and increase with inflation in 2016/17.

Despite this, he has continued to face criticism. The feeling is that these intermittent lumps of spending betray a lack of long-term strategy, denying scientists the ability to plan ahead. CaSE referred to these commitments as ‘media-friendly announce-ables’; Lord Krebs, Chairman of the House of Lords Select Committee on Science and Technology, accused the Government of adopting an ‘ad hoc’ approach to science funding, and Ministers of funding ‘pet projects’, echoing the sentiment of the committee’s report on scientific infrastructure.

It’s in this context that this month’s Autumn Statement should be considered. It contains more of what Krebs would call pet projects – £270m for a network of quantum technology centres, for example, as well as £10m each for a Big Data Institute and a Target Discovery Institute, both based at Oxford. Most significant, however, is the announcement that a ‘Science and Innovation Strategy’ will form part of next year’s Statement – by setting out a long-term plan for capital spending, it is hoped that this will allay some of the concerns. Sarah Main, director of CaSE, said that this has ‘the potential to boost our position as a scientific world-leader’.

Calling Osborne the ‘Science Chancellor’ is exaggerating – although exempting science from the cuts was commendable, the newly defined budget has been woefully uncoupled from capital spending throughout this Government. The forthcoming Science and Innovation Strategy gives Osborne a chance to more carefully plan their interrelationship – let’s hope he takes it. 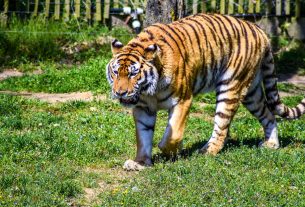 Should we boycott zoos?