Yesterday, the BBC ran a story claiming that the UK’s unemployment rate is at its lowest since 2009. These optimistic statistics disguise the truth about employment in the UK. We are building an unsustainable economy based on worker exploitation, and it doesn’t seem that the government has any intention of doing anything about it.

In 1914, Robert Tressell published the Ragged Trousered Philanthropists, a text celebrated by the 20th century Labour movement for laying bare the faults of capitalism. The book stages the lives of several working-class characters to exemplify a set of trends in real-world Britain. A team of skilled painter-decorators are set in competition by their bosses, pushed to accept lower wages and encouraged to undercut one another to be awarded more hours. Some are sacked and replaced by less skilled workers to keep costs down, and the boss discards any worker that refuses to play by his stringent rules. The book is considered a literary classic because Tressell beautifully illustrates the flaws inherent in a system motivated solely by profit. Within an unchecked, unrestricted free market, there is no mechanism for the protection or empowerment of those who produce economic value. The only requisites are that workers remain alive and desperate for jobs, and that customers are either duped into believing the standard of services is high, or have little to choose between similar services.

In the Ragged Trousered Philanthropists, the abundance of unemployed workers means that Hunter, the manager, can afford to threaten and browbeat his workforce. What’s more, he must: his own wages rely on squeezing as much profit from the company as he can. Hunter reduces his workers’ wages and worsens their working conditions to cut costs, and he can rest assured that they won’t fight back because they know that they’re replaceable. As tasks are hurried and standards lowered, the workers are deskilled, forced to abandon the craftmanship that once made them valuable in themselves; this renders them even more replaceable. Competition between workers and a lack of unionisation mean that Tressell’s characters cannot organise to fight for their rights – indeed, they have very few rights. If they want to keep feeding their families, their only real choice is to keep their heads down and accept their poor treatment and wages.

Tressell’s description is a mirror for much modern work. Whether or not unemployment is falling, low-skilled work (in shops and call centres, for example) is still heavily oversubscribed – this year, one Costa Coffee branch received 1700 applications for 8 jobs. This means that employers and managers can always find replacements for their staff, removing any sense of power or security from workers. With the rise of zero-hour contracts (meaning workers are not sure to be given any work – or wages), many employees can’t be certain they will be working  tomorrow, let alone a month later.  Once workers are scared of losing their jobs, wages can be kept down without too many complaints. This is happening: for the last 5 years, inflation has outpaced wage rises, meaning that in practice, goods and services cost more, yet people have less to spend. Increases in V.A.T. during the recession have augmented daily living costs even further.

In this climate, workers could be angry. Indeed, many are, but we are rapidly losing access to the systems and techniques which workers could use to fight back. Resistance to unfair treatment can be organised individually or collectively, and the current government is doing its best to make both of these channels of resistance difficult. An employee who feels he/she has been mistreated or unfairly dismissed by his/her employer can use government-funded employment tribunals to seek out justice, but these services have faced massive cuts and legislation has been passed which makes them less accessible than ever: you cannot claim unfair dismissal until 2 years of service have passed, and submitting a claim risks a £1000 fee if it’s considered unlikely to succeed. These laws, in effect from April 2012, make it very difficult for employees to seek compensation if they are sacked unfairly, giving employers more chances to bend rules. These laws stand alongside a host of new conditions, formal and informal, which make workers’ rights almost impossible to enforce, even when flagrant breaches have occurred.

If it is a group of workers who feel that their job conditions or pay are unacceptable, then the traditional method of group organisation has always been to turn to unions, who can organise strike action or negotiations. High-profile strikes in the education sector this month show that collective action is still possible, but between 1995 and 2012, national trade union membership dropped from 32% to 26%, part of a general downward trend that has been happening since the Thatcher years. The bargaining power of unions relies on high membership, and in the private sector, where unionisation is arguably needed most, only 14.4% of employees are in trade unions.

Even if unemployment is decreasing (for now), it does not mean that the country’s working people are getting a fair deal; in fact, this economic recovery is predicated on reducing pay and worsening conditions for workers. By cutting costs for employers, it creates economic growth, but it does not put money into the hands of consumers, meaning the growth will either be short-lived, or will be reliant on debt – one of the causes of the 2008 crisis.

But can we even truly say that unemployment is decreasing?  The government’s definition of unemployment is usefully narrow. An unemployed person is someone who is “without a job”, but “available to start work in the next two weeks”. If you are a student struggling to find work to supplement your loan, you don’t count; if you’re unable to drop everything because you’re unwell, for example, or a carer, you don’t count. However, probably most importantly, the ‘underemployed’ aren’t taken into account in the government’s definition, meaning that the government does not register as a problem the increasing number of workers who would like to be working more hours than they are. Part-time work is often seen as better than no work at all, but sometimes it can do more harm than good: individuals who work less than 16 hours a week may be offered Income Support Allowance, but in this situation, the taxpayer is picking up the slack for profit-making companies who refuse to provide fairly-paid, full-time work. Yet David Cameron chooses to contrast benefit claimants with “strivers”, presenting all of those who cannot find work as “skivers” and brushing the issue of underemployment under the carpet.

The similarities between the working conditions of many employees now and the characters in the Ragged Trousered Philanthropists are mind-boggling. How could we have got to a point where modern Britain resembles an exaggerated satire on late Victorian capitalism? The truth is probably this: we have never recovered from the ailments that Robert Tressell highlighted in 1914 because they are part and parcel of capitalism, but the factors that helped offset the social problems caused by capitalism in the 20th century, such as the welfare state and trade unions, are under attack. As in Tressell’s Britain, today’s Conservative Party protects the interests of those who own and control capital, and so the Conservatives cannot be expected to look after workers,  beyond keeping them alive and placid. In many ways, they are the only party genuinely working in the interests of the class they claim to represent. In that sense, “the plan is working”, as Cameron put it, but only the naïve would see yesterday’s statistics on unemployment as a real sign of progress. 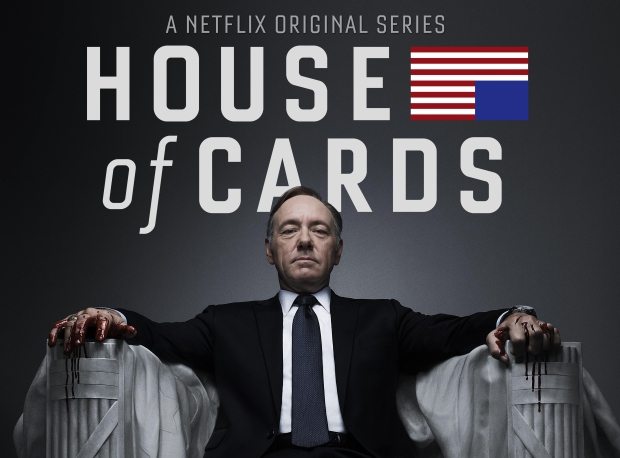 As Kevin Spacey’s house of cards collapses, he hides behind homosexuality 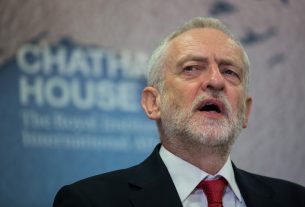 Corbyn: Labour’s Gift to the Tories