As you can probably already tell, I’m more supportive of this government’s policies than perhaps the previous author was. I’ll assume you’ve seen the figures, saying that we currently have the lowest unemployment since 2009, and depending on your political allegiance, you’ll either think that’s a good thing, or evidence of systematic number-fudging by the current government.

As is now tradition, the second paragraph of an opinion piece is supposed to reference some obscure work of fiction, or academic paper, which summarises the arguments made in the article more succinctly and eloquently than I could ever hope to do, while also lending me the air of being both more knowledgeable and well read than you, the reader.

I’m not going to do that.

Maybe it’s because I disagree that this argument ought to be centred on idealism, we’re not going to settle the capitalism vs. socialism debate in the 700 or so words remaining in this piece. Similarly, it might be because I think it’s highly disingenuous to make reference explicitly to a story, or other analogous device, because there will always be a degree of misrepresentation of the side that the author doesn’t disagree with. Or maybe it’s because I haven’t actually read anything that I would dare quote in support of my argument – after all, I read Biochemistry.

Regardless, if we are to have a debate about whether life in Britain is getting better, it helps to know what we should look at.

Should it be employment figures? Possibly not – as Kate rightly pointed out, there are many issues with looking at official statistics, derived mostly from how ‘unemployed’ is qualified by their definitions, and the fact that the huge number of ‘discouraged workers’ are simply excluded from the total. That’s not to say that unemployment figures have no use, but perhaps they are not the most accurate measure of wellbeing.

Should we perhaps then take a look at the average wage? Surely if that rises, then it’s a good thing? Well, although that seems somewhat of a truism, it is important to remember once again that everything is relative, and in this case the cost of living may well be increasing faster than wages increase – inflation certainly is.

Perhaps the most useful indicator of specific wellbeing, assuming that the employment figures are relatively constant, is the average disposable income, adjusted for inflation. After all, if that goes up, then surely life is genuinely getting better?

And guess what: it has. As David Cameron said at Prime Minister’s Questions a few days ago, disposable income is higher than it has ever been in this country. And this doesn’t even account for the imminent raise in the income tax threshold, a change that means that you won’t start paying income tax at all until you earning go above 10,000 pounds per year. While this change may not seem like much, if we’re complaining about the Conservative-led government leading to a fuel bill increase of some 70 pounds per year, then a policy that will have practically no direct impact except giving the worst off in society more than 700 pounds is surely something to be lauded?

Except of course, this figure wasn’t mentioned at all in the 1300 word indictment of growth and increasing employment figures, that bizarrely mentioned union membership and unfair dismissal cases as evidence that “Britain’s not working yet.” It seems a bit unfair to write off the fastest post-recession job recovery in 40 years as predicated on constant and increasing abuse of workers at the bottom rung of the ladder, unless there is actually some evidence that millions of people are only being kept in work by companies taking advantage of low union membership, or the inability to complain about their working conditions.

The point to be made is that it’s perfectly possible for living standards to increase and for people to become financially better off, even if incomes aren’t actually rising. Furthermore, if we’re talking about the cost of living, what could be done more than freezing council tax, fuel duty and increasing the small business rate, all of which have been enacted?

Ultimately though, this debate is about jobs, and whether or not we, as a nation, are back to work. And to that, the resounding answer is “not yet”. However, that doesn’t mean that we aren’t moving in the right direction, for all of Labour’s predictions that “They have a programme which will lead to the disappearance of a million jobs” or the constant stream of pessimism leading to the record of 30 million people currently in work in the UK. However, if the Office for Budget Responsibility is to be believed, and they’ve consistently under-estimated growth, then we’re set to have unemployment fall to 6.9% over the next two years, and for inflation to follow suit, settling at around 2%.

If by then things aren’t looking up, then we can probably have another crack at this discussion, but just as one swallow doesn’t make a summer, neither does it mean that we’re due another winter.

The article Spiro is responding to can be found here. 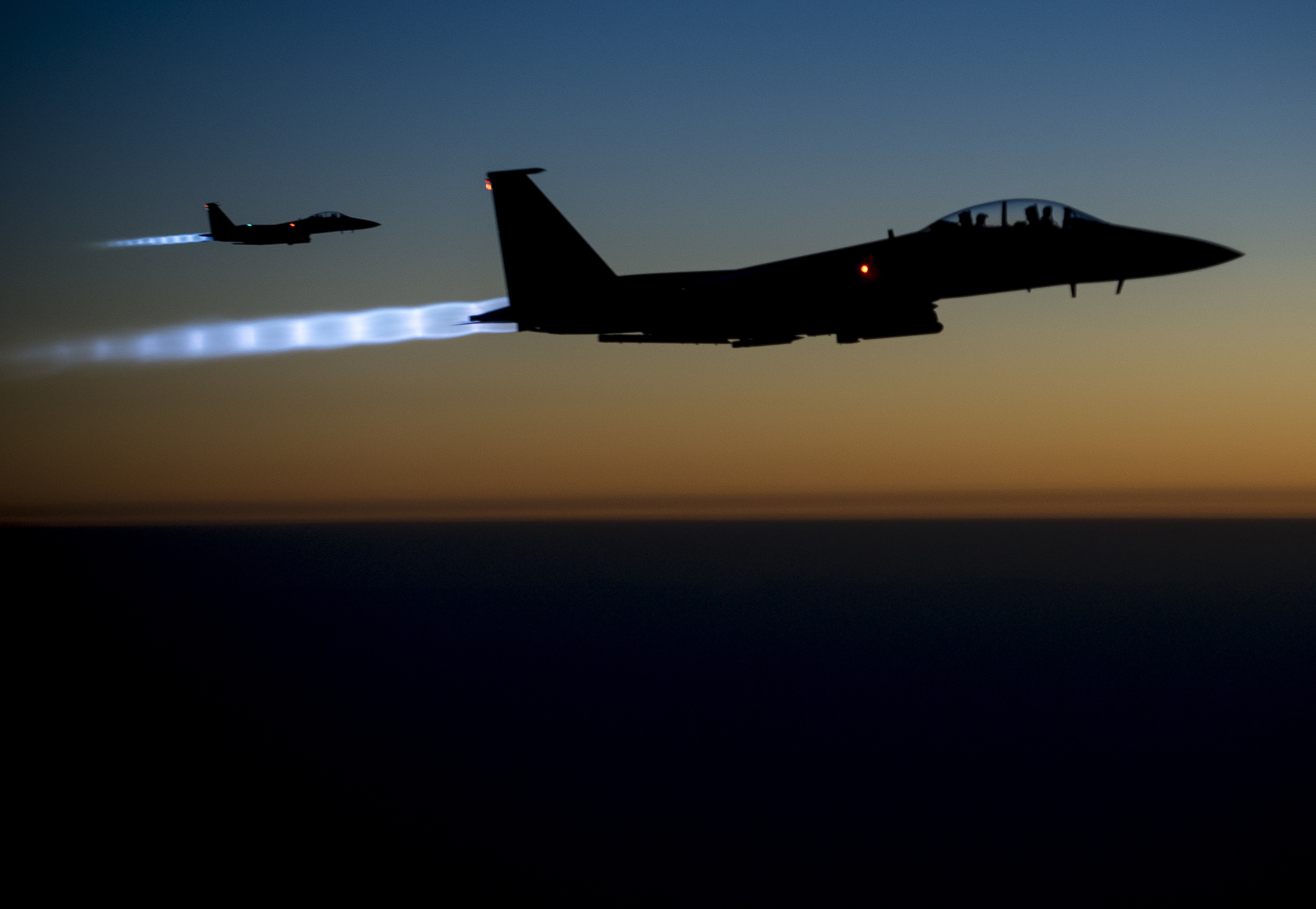 The missing peace: why plans to target ISIL are not serious