Clothing company H&M is set to open a new store in Oxford’s Clarendon Centre in spring of this year.

The Oxford store will be the seventh H&M to open in 2014, with further stores planned for the summer.

Reaction to the news was mixed. Iva Bentley, the owner of the vintage shop Unicorn on Ship Street, said, “This is to be expected. All the bigger shops will come and all the smaller shops will disappear. That would be a shame in a place like Oxford.”

Will Perry, a student at LMH, said, “We already have a Jack Wills in Oxford. There’s absolutely no need for another clothes shop.” Holly Isard, a first-year English student at Christ Church, said, “I am so angry about this. Why open an H&M and not a COS?”

However, there were those looking forward to the new opening. Lamorna Ash, a first year English student at Christchurch, said, “I really like the sandwiches at H&M.”

Currently ranked as the second largest global clothing retailer, H&M is estimated to be worth $12-16 billion, incorporating labels such as COS (Collection of Style) and Cheap Monday.

With stores in 43 countries and 104,000 employees, H&M has offered exclusive collections from the likes of Karl Lagerfield, Stella Mc- Cartney, Madonna, Kylie Minogue and Versace. 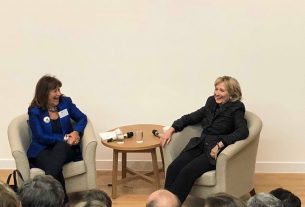