Oriel College students have been labouring under the misapprehension that they are not allowed to comment to the press.

Students from the college have been widely under the belief that they are not allowed to comment to student publications, and that all statements have to be cleared with the Deans or made through the JCR President.

There is in fact no rule in the JCR Constitution, College Memorandum, nor a policy enforced by the Deans that explicitly restricts students from providing comment.

One Oriel second-year, after disclosing the details of a JCR motion, became very concerned, stating “I’ve just found out now that I’m not supposed to have been speaking to the OxStu at all about anything college related at all”.

Repeated emails from both JCR committee and ordinary students have declared “I don’t comment on internal JCR matters”. Reporters have also been informed by students contacted via telephone that “I can’t comment or give you any information as I have to get anything I say checked by the Dean first”.

Another Oriel student was under the belief that “the Dean promises disciplinary measures from anyone who sullies the college’s name in the student press”.

There had, however, been one agreement made between members of the JCR committee. Oriel JCR President Ianthe Greenwood confirmed that they had agreed that when they were “contacted by the press in their capacity as Committee members, their answers should go through the JCR President”.

This was confirmed by Jessica Dark and George Sackman, the Oriel JCR Welfare Officers, who when asked for comment on a reform to the college welfare policy, both replied that “all press issues go through our JCR President, Ianthe Greenwood.”

This agreement, however, did not include JCR committee members commenting outside their official capacity, or ordinary members of the JCR.

One example of how this misconception has come to be widespread is a conversation between  Oriel historian Chris Frost, who is not a member of the JCR Committee, and the then- JCR Vice-President.

Frost recounted that he had “been asked to comment on a change in the JCR room ballot system to a student newspaper, and had obliged.” Frost mentioned that he was later “personally rebuked by the JCR Vice-President, who told me that I was supposed to have sought approval for my comment from the Dean before giving comment, as it was regarding a JCR matter”.

The Senior Dean, Juliane Kerkhecker, when contacted by The Oxford Student, asserted that “There is no blanket rule that requires permission for any statement to the press. There is a ban on circulating something that purports to be on behalf of the college without permission.”

When contacted about his conversation with Frost, the JCR Vice- President Mark Johnson said that “as a friend, and a fellow Oriel student, I pointed out that there were guidelines in the memorandum [about publications] and that if they were to make regular comment they should ensure they are aware of them.”

He clarified that he did not say that “decanal permission or discussion would be required for all stories to the press”.

The Senior Dean said “More generally, the college of course expects its members, as they are representatives of the college, to try to find the right balance between expressions of opinion in the media, and due respect for the rights of individuals and communities, and to preserve the privacy of internal discussions.“

Dr Kerkhecker confirmed, “Students are encouraged to discuss statements they are planning to issue to help preserve these principles”

Oisin Kidney, a Magdalen medic, commented that she did not approve of the way students had believed they were unable to comment: “No, I don’t think this is fair. It’s obviously an infringement of free speech”. 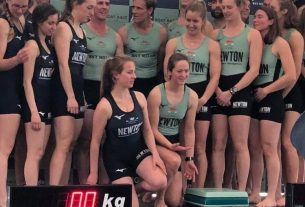