When I opened an email about Peggy Sue’s new album Choir of Echoes, I was told that they were “far from your average post-folk band”. I paused, then read it again. Post-folk? I have no idea what my average post-folk band is meant to sound like, but if it’s anything like ‘post-punk’ or ‘post-feminism’, I’m not convinced it’ll be an improvement on its predecessor. Nevertheless, I downloaded the free preview, mostly because I’m embroiled in a love affair with Wichita Recordings and I’ll take anything they offer.

The opening track on Choir of Echoes explains why Peggy Sue have described their sound as “voices keeping each other company and voices competing for space”. ‘Come Back Around’ is a short, humble choral track which reminds me a bit of Fleet Foxes’ version of ‘White Winter Hymnal’. It’s sweet and enjoyable, but Peggy Sue have more up their sleeve than that – ‘Esme’, the second track, is simultaneously sassy and tender, guitar-driven and expansive. The whole album is produced to have an ambient sheen, but underneath, the attraction of Choir of Echoes is its array of well-written songs.

One of my favourite tracks on the album is ‘Always Going’, which speculates wistfully and sensitively on a past relationship. It’s hardly an original topic, but the song’s gradual build-up and beautiful retelling of love mark it out from simpler, more generic songs – Peggy Sue have a knack for combining eloquent lyrics with ear-catching melodies, resulting in some strikingly attractive moments. “We called it a draw”, the singer sighs, the harmonies suddenly playfully bluesy, “don’t speak of it anymore”. In a similarly poignant moment on ‘Substitute’, the vocalists harmonise on the words “I could love you if I wanted to”. Gentle irony unites these lyrics, and they’re often perfectly delivered.

Maybe the promotional material for Peggy Sue has gone for the spuriously-titled genre ‘post-folk’ because Choir of Echoes incorporates influences from a lot more genres than ‘folk’ would suggest. Nevertheless, even when this album has its bluesy, rocky turns, it can result in quite a repetitive sound. Where the production could amplify the differences between tracks to good effect, it flattens them.

Though Choir of Echoes is a very nice record, it would take a few more surprises to ignite my fervour for post-folk. I’d definitely recommend Peggy Sue though, and I can envisage myself waking up in a few months’ time with a phrase from this album’s lyrics caught between my thoughts. 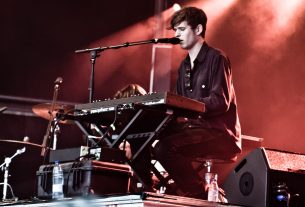