It’s a conversation that regularly troubles arts lovers: you’re having a casual chat with someone and, after a few minutes of conventional small talk, you mention that you quite like to read poetry. At this point you are faced with the common reply, said in either a tone of regret or embarrassment: “I don’t get poetry”.

In many ways it isn’t surprising; a lot of poetry is difficult to understand and a large portion of it is intentionally complicated. Plenty of poets have deliberately composed poems so convoluted that they evade the understanding of most ordinary human beings, and this has been enough to put some of my former classmates off literature for life.

But why is it so difficult? The usual excuse for poetic difficulty is ‘artistic’ reasons such as an attempt to alienate or educate the reader, yet for me the reason is far simpler: if poetry’s objective is to express “the spontaneous overflow of powerful feelings” as Wordsworth would have us believe, then there really are no easy methods of communication. To hope for an accessible answer to questions about love and death (a poet’s favourite fetishes) is perhaps a little optimistic.

Life, being the strange and nonsensical thing it is, rejects a straightforward interpretation, so it makes sense that poetry does the same. There are also sup- posed benefits to reading complicated poetry; for some people, it leads to an improvement in their analytical skills, forcing them to dissect language rather than merely letting it wash over them like a cheap novel.

Nevertheless, I accept that it’s an acquired taste to find difficult language attractive as well as annoying. Accusations of poetic snobbery have led various groups of poets to be described as ‘elitist’ since they prevent everyday readers from enjoying their work. In response to the output of difficult poets, certain writers have expressed the need to write poetry that mere mortals can understand as well as esteemed critics and university professors.

Strangely, one belief that seems to go hand-in-hand with literary pretentious- ness is the myth that light-hearted or comic poetry is somehow of less artistic merit than serious verse. As a matter of fact, amusing and often quite rude poetry has been around since Aristophanes, not to mention the fantastic nonsense rhymes of Spike Milligan, so there’s no reason why this type of writing should be labelled as worthless.

Even though there is a definite call for more approachable poetry that entertains as well as challenges readers, most seemed fixed in the belief that difficulty is by some means ingrained into the DNA of poetry.

Regardless, it’s always worth remembering that you don’t have to be able to write ‘The Waste Land’ to be a great poet – after all, there’s nothing wrong with the occasional limerick.

The Lorax – An Innovative Take on the Eco-Debate 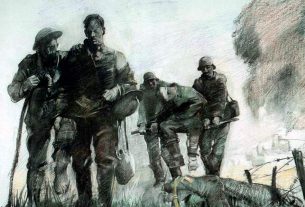 Why 1917 is still worth telling