Sam Ward (Director) : I think largely why we wanted to do it is because we were bored of just seeing the same old safe Oxford drama. We wanted to do something that demands a reaction from the audience. Like with a lot of the stuff that we’ve done before [Foxfinder, The Trail, Dealer’s Choice et al] we want people to love the play or completely hate it. To be in the middle is what we want least. We want something that an audience really have to emotionally invest in.

With regards to challenging an audience, do you think it’s harder now to challenge them than when it was produced in 1991 when the first reaction was of shock and confusion?

Sam: Yes absolutely, obviously when this was written you haven’t had writers like Sarah Kane showing live bumming on stage.

I meant more in terms of the development of mainstream culture, famously initially controversial aspects of Pitchfork have found their way into the mass entertainment industry.

Sam: Definitely, it’s less a sort of shocking play now and more a deeply unsettling one. What I’m trying to do is very much ground it in reality because that’s where it becomes the most unsettling. When an audience see Hayley and ­­­Presley they see aspects of their own personality and that’s when it makes for a really disturbing play.

The marketing of this play seems to have been consciously reticent, is that to leave the audience unprepared or vulnerable in some way?

Sam: Not so unprepared that they don’t buy tickets… but there are definitely some aspects of the play and characters that we made a conscious decision to not involve so much in the marketing. We decided particularly to keep Cosmo Disney’s character relatively hidden.

On Cosmo then, how do you try to get into the mind of Cosmo?

Nick Finerty (Cosmo Disney) : No matter what ambiguity there is in the final product, I am grounding his character in a real person and each moment is built upon that person’s feelings, needs and wants. I’m playing him more as a sort of not very nice person, rather than as a fully evil guy. I’ve played  lots of bad guys so I’ve become quite used to thinking horrible things…He’s not the worst person I’ve played.

Linking then into the rehearsal process, is there a particular style for your rehearsals?

Jonny: I’ve really enjoyed them; after a read through and character breakdown we tend improvise around the script, trying to get a shape and feel for it. It’s quite refreshing because you don’t have to learn your lines (cue laughter). I found it really helpful.

Watching the rehearsal a sense of humour came through quite strongly. Do you think you made a conscious decision to play up elements of humour in the script or is it just a natural consequence of your production?

Sam: I never like to think that we were aiming for laughs, if you start doing that the play loses what humour it has. But the dialogue as we just saw [in the rehearsal] there’s something very darkly funny about the play. There’s definitely a sense in which a strangeness of the situation is perversely funny.

Jonny Perkiss(Presley):  Yeh I think the audience feels a necessity to laugh to deal with the unsettling absurdity of the situation.

So what’s the vision for the set?

Sam:  Being intent on having the play grounded in the real world, we chose The O’Reilly as it has a vastness which the BT doesn’t offer. We’re really keen to make up the corridor that people enter down so it looks like the outside world, and so the audience have to come through the doors which are in fact the doors to the flat.

Franky Brown (Producer): The overriding feeling you get from the BT is claustrophobia ,which is quite a cheap emotion because you automatically get it from the size of the space, but the O’Reilly’s size forces the stage to work harder to create a similar intensity, which is harder to get but more valuable when captured.

Finally then, why should you come see it?

Sam: Because it’s unlike anything you’ll have have seen in Oxford before. 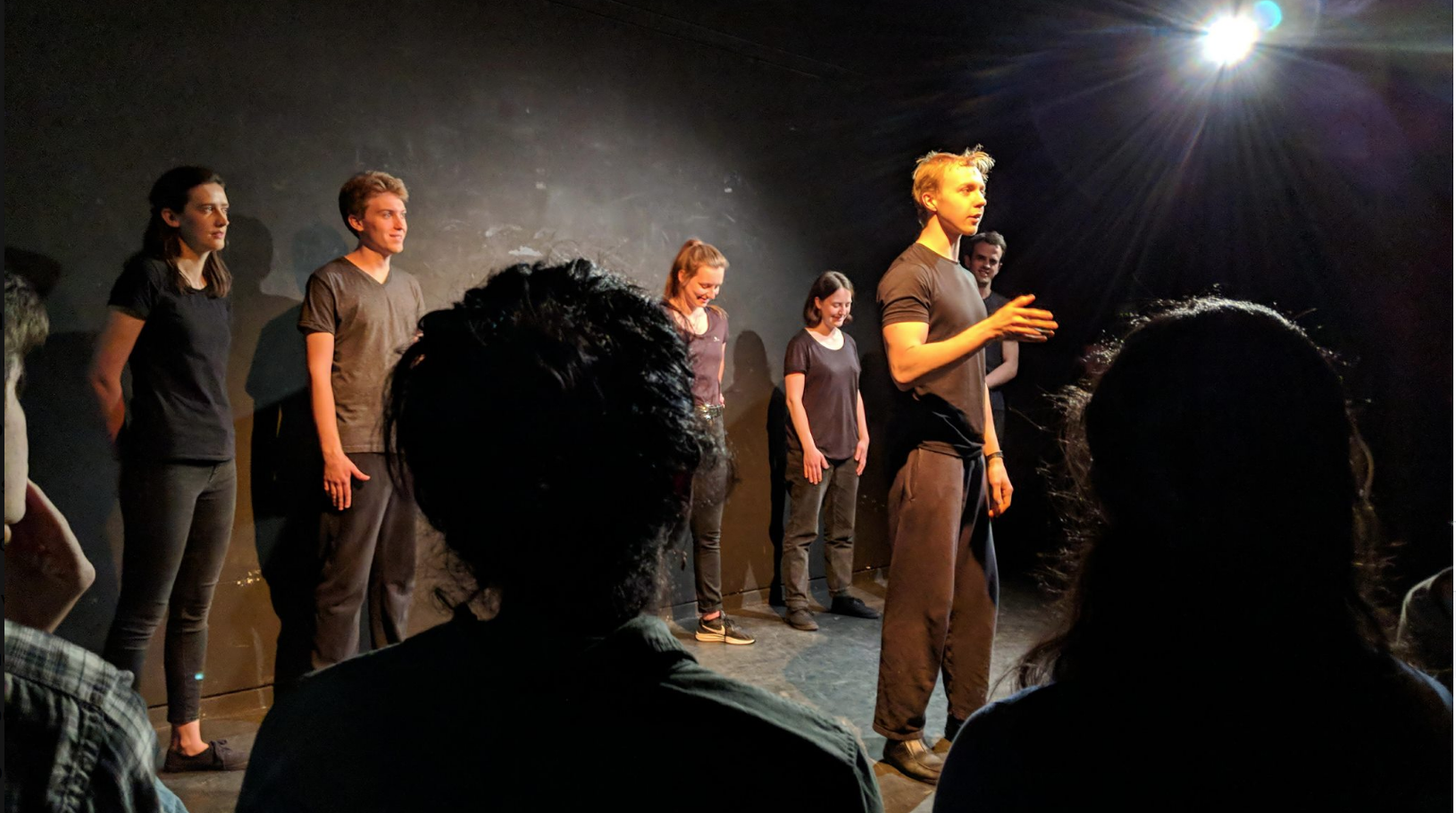 The House of Improv: the cool new kids on the block

Review: ‘The Crocodile’ – “another stunning success for Nitrous Cow”

Get ready for some fatal Contractions