Oxford’s two muggle Quidditch teams will be heading to Brussels next month to compete in an international tournament.

The Radcliffe Chimeras and the Quidlings – comprised of students from Mansfield, Green Templeton, Univ and Lincoln – will attend the European Regional Championships, hosted by the International Quidditch Association.

The Radcliffe Chimeras seized victory in the first ever British Quidditch Cup hosted in Oxford last year, but this will be their first competition abroad. They will be competing against 11 other teams, including those from France, Italy, and Spain.

The Radcliffe Chimeras are tipped for success, but they face a strong competition from the Paris Phoenixes, the current European champions, and the Paris Frogs, known for their aggressive tactics.

Ashley Cooper, captain of the Radcliffe Chimeras, said that some people dismiss Quidditch as “a group of weirdos doing their weird thing”, but that it is a tactically complex, physically demanding sport.

Cooper claims that “he’s not a fan at all” of the J.K. Rowling series on which the games are based, and that “while the first books are alright, they get progressively worse”.

Oxford is seen as an international hub for Quidditch, and last November held the first annual British Quidditch Cup. It saw 16 teams from across Britain and Ireland compete.

At the time, Cooper said the players “still like to have fun”.

Muggle Quidditch was founded in Vermont in 2005 and has since spread across the globe, currently being played by over 1000 teams in several continents. Oxford has had a Quidditch team since 2012.

Several students travelled to Leicester last weekend to try out for the British Team, and the Global Games later this year may see them off to Canada to compete. 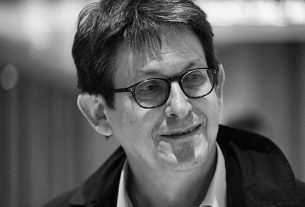