Two current undergraduates are pitted against each other in campaigns for election to Oxford City Council.

The election is scheduled to be held on 22nd May, when 24 of the 48 council seats will be up for election.

Jones, a former co-chair of the Oxford University Labour Club, said: “It’s only fair that local students have an active voice on the local council. Beyond the bubble of dreaming spires, Oxford has some of the most disadvantaged areas of the country which are being particularly badly hit by this government’s policies, which is why what the City Council does matters.”

Given that students living out have the most contact with the City Council, housing is a recurring theme in both candidates’ platforms.

Jones said: “The Council is able to do more to support students than many realise, particularly when it comes to housing. At the moment the Labour-run Council is doing a lot of good, such as building over 1000 new homes in Oxford.”

Jones added that he also wants to “push for greater cohesion of students and the wider Oxford community”.

Vila, current Social Secretary of the Oxford University Liberal Democrats, said: “If you had told me a year ago that I would be running for councillor I would not have believed you, but the problems I’ve had living out this year has lead to a radical shift in my outlook.”

In particular, Vila points to the failure of the Landlord Accreditation Scheme set up by the Labour Council: “As someone who has had numerous problems with my own ‘accredited’ agency I know that the scheme does little to guarantee good practice. If elected I will push for the Council to get serious on rental accommodation by tightening up the scheme and improving advertisement to the student population.”

He points to Labour’s comfortable majority in the City Council and argues that solutions will not come without a change of party personnel: “Planning permissions and opposition to rent increases in the Covered Market is being ignored […] This failure is not unique to Labour, but to all political groupings where majorities reach an unhealthy size.”

Jack Matthews, president of the Oxford University Conservative Association, has also weighed in against the current Labour Council: “”It is rich for Aled to talk of cohesion and housing when his Oxford City Labour friends have consistently played Town against Gown for political gain.

“Labour’s restrictions on student rented housing will make it harder and more expensive for us to live out. Until Aled’s party move on from policies like this that actively divide our community, it is hard to see how he will be able to deliver his pledges.”

Matthews said that a Conservative candidate would also contest the Holywell ward, but could not say whether it would be a current student.

The Green Party’s candidate will be David Thomas, who has studied and worked in Oxford since 1991. He is running on a platform of lower council rents, stronger regulation across the private rented sector, and a “council-run ethical letting agency with no up-front fees”.

Most Oxford colleges fall into the Holywell ward, and the electorate is dominated by students. Jones’ and Vila’s campaigns are not without precedent: Labour, the Liberal Democrats and the Greens all chose undergraduate finalists as their candidates for Holywell in the last City Council elections in 2012.

Ka-Shing in with Cam 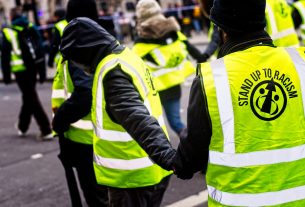 I PSY shambles at the Union