A recent Oxford University study reveals that people who see the world from a lower perspective may experience more negative feelings of paranoia, distrust, and incompetence in comparison to others.

The study, funded by the Medical Research Council, required 60 female volunteers who had recently experienced paranoid thoughts but had no history of mental illness, to take the same virtual train ride twice.

They rode the first time at their normal height, and a second time from the vantage point of someone 10 inches (25cm) shorter, afterwards responding to two questionnaires.

The results, recently published in Psychiatry Research, indicate that women’s social comparison scores fell while their levels of paranoia rose—if only from a tally of 12 to 14.

Engineering student Niels Hulgard said the results seem plausible—at least in reference to men. “It is common for men to want to be taller than women,” he said.

“I think it is likely that short men would be more likely to feel like a pushover or dominated.”

Yet according to Freeman, the results, (although only tested, in this instance, on women) might help us help others—even through virtual means.

“By helping someone to feel more positively about themselves we may be able to reduce their susceptibility to paranoid thoughts,” he wrote in a recent blog post co-authored for The Guardian.

“By allowing people with problematic paranoia to feel taller in VR social situations, we may be able to boost their confidence in the real world,” he added. 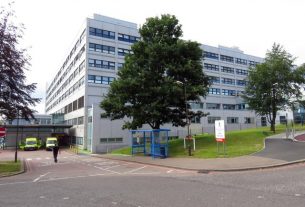