For many, a return to the Sheldonian is simply a nostalgia trip evoking matriculation- emotions of joy, new friendships, and a wince of nerves. However, Sunday evening at the Sheldonian saw students, academics, University staff, and members of the public alike came together to remember an old friendship and share in active celebration and grief for one of the greatest poets writing in the English language. For the Oxford Tribute to Seamus Heaney the atmosphere poignant; Heaney’s distinctive voice and love of writings was worked through the readings, anecdotes, and discussion – a true tribute.

Dame Hermione Lee’s introduction to the evening detailed Heaney’s position as Professor of Poetry from 1989-1994 and made mention of the talks which he had held at the Sheldonian during this position and in the years following it -such as that of May 1994 with Ted Hughes and later with Paul Muldoon. In reminding the audience of these talks Lee brought to light Heaney’s extensive work within contemporary poetry and the importance of this work having taken place in his position at Oxford.  Lee later talked about the ‘The Redress of Poetry’ explaining Heaney’s conception of poetry as something that balances, which sets itself against the balance of life’s atrocities. In this Heaney’s poetic voice is a source of redress for our lives – a thought that sat us well for the evening’s readings.

Liam O’Flynn, the prominent traditional Irish musician, was present to honour the memory of his friend as his piping set the tone for the renditions of Heaney’s poetry. The two had collaborated before on an album of music and spoken poetry called ‘The Poet and the Piper’. O’Flynn’s music was a genuinely moving accompaniment to the literature. Firstly O’Flynn played ‘The Music of the Spirits’, then ‘By the River of Gems’. The piping worked spectacularly well in the setting as the music linked back to old Irish, spiritual, or bardic traditions portraying simply and beautifully the influences of Heaney’s homeland.

The selection chosen by the readers was a suitable tribute to Heaney’s varied and extensive career: ranging from the nostalgic childhood poems, his elegies, and images of rural Ireland. As the readings progressed it was clear that these were readers with a true grasp of poetry’s aural qualities. It was a rare atmosphere to be able to hear Heaney’s work being read by writers who have a true understanding of its capabilities and effects. It wasn’t only Heaney’s poems that were presented to the audience, but also extracts from his lectures and teachings. Christopher Ricks’ readings from ‘The Redress of Poetry’ and his other speeches were able to give an impression not only of Heaney the poet but also of Heaney the man: his sense of humour, his playful criticism, and his wisdom. With Heaney there is always a sense that there is something beyond language – a sense that was poignantly ironic during the readings, as Heaney’s eminent friends and contemporaries spoke out loud poems that investigate Heaney’s sense of inadequacy of words to wholly express the Irish past.

Geoffrey Hill in his rendition of Heaney’s Beowulf captured the alliterative rhythms of the original with powerful resonance; he fittingly opened with a passage hearkening back to the loss of an ancient king receiving glorious tribute from a mourning populace. With Hill’s famously resonant voice and the work’s dramatic power it was perhaps the best way to start the evening – with a thundering and dynamic ‘Ho!’ calling out across the literary tradition, through Heaney and beyond.

Andrew Mareillie’s reading of ‘From the Tollund Man in Springtime’ took on particular resonance as a tribute poem, it envisions Heaney returning to the ground to embrace an ancient tradition that he has always been moulded to although Heaney does not envision a morbid return to the ground. In this poem and in Jon Stallworthy’s reading of ‘In Memoriam Francis Ledwidge’ there is a pattern of the dead man turning to ‘bronze’, becoming a monument in death. With Heaney there is the constant danger of slipping and falling into the ancient past, there is no safe ground to be found in the domesticities of modern life. Poems such as The Underground and The Butterprint, read by James Fenton, exemplified the power of Heaney to transport the modern listener from a place of comfort into the mythical Orphic past, to look into the butter dish only to see ‘soft butter bearing violent cross hatch’.

Simon Armitage’s reading of  ‘Death of a Naturalist’ towards the denouement of the evening was one of the most moving. Having seen Armitage read at Keble College’s ‘Meet the Poet’ series over the weekend it was clear that his demeanour and tone had not changed at all between reading his own poetry and that of Heaney- such is his debt to him. Armitage exuded gratitude casually, his reading spot on as he lingered upon the ‘strong gauze of sound around the smell’ then placed a sort of childish joy upon the ‘slobber of frog spawn’ and the ‘sap and plop’. This honest reading encapsulated much of Heaney’s humour whilst paying tribute to a poem that ignited a curiosity in Seamus Heaney’s poetry for many a young student at school. Armitage’s reading, more so than the others, seemed to be a late, honest, and twinkling ‘Thank you’.

At the end, when all of the readers had finally given way to an empty stage, a recording of Heaney’s recital of ‘St Kevin and the Blackbird’ was played to the audience, the line ‘and since the whole thing’s imagined anyhow,’ particularly enjoyable. His soft voice filled the whole theatre as everyone sat silently to remember the words of a great poet, proving that the evening was not merely a mourning of his absence but also a celebration of his continuing presence.

Perhaps the most memorable statement of the evening was Heaney’s declaration on writing itself: “The main thing is to write for the joy of it”, the message that these three writers, and many audience members, will take away most earnestly. 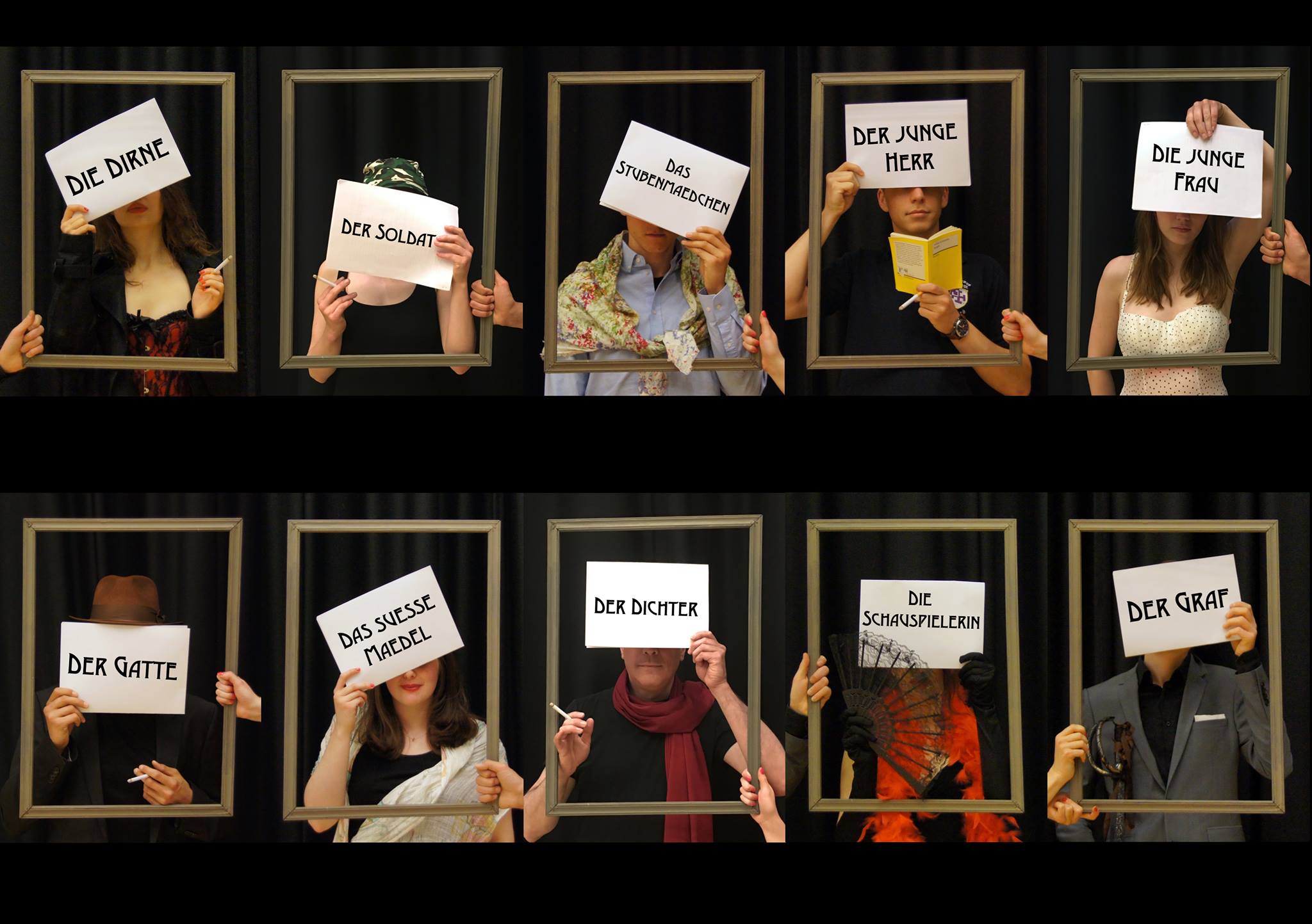