With Alan Ayckbourn as writer and director, Arrivals & Departures promises much more than it delivers. Attempting to tread the line between tragedy and comedy, it feels turgid, predictable and stilted; the cutting humour of Bedroom Farce is entirely absent. At times, this bloated play seems like something written by a bunch of GCSE drama students.

Arrivals & Departures takes place within a railway station, where an elaborate plan is formed to capture a terrorist on the run. Our two heroes are Barry, an insufferably bouncy Yorkshire traffic warden (and the one witness to have seen the operation’s target in the flesh), and his minder, cold and introverted Ez. Will these two unlikely protagonists see through their differences and find some connection together? What do you think? In fairness, the weak story is kept afloat by powerful performances from the two leads, particularly Kim Wall as Barry; he flaps around the stage like a duck and is really the only thing which keeps the play moving. Ayckbourn does manage to create a pretty good observation of someone gripped by depression, and society’s determination to ignore it, in Ez, but on the whole it is a story that’s already been told: hostility to mum’s new boyfriend, distance from one’s own children, etc. You’ve heard this one before.

The real flaw in Arrivals & Departures is a pervasive air of incongruity. The stark, ominous and visually striking set – all minimalist granite and harsh lines – feels like it belongs to a much darker play. The cheap jokes (cheerful regional stereotypes, bungling military clichés) are jarringly out of place with the two leads’ traumatic pasts. A frustratingly static set is broken intermittently by random moments of wild action. The innumerable flashback sequences are contrived and irritating, and even with a running length of over two hours they are so short as to make them seem almost an afterthought: the ‘turning points’ in the characters’ lives feel clunky and melodramatic.  The most disappointing aspect of Arrivals & Departures is just how boring it is. There is nothing new here, and nothing brave.

Laying it on a bit too ‘Thick Of It’

Burton’s back with fantastic Frankenweenie 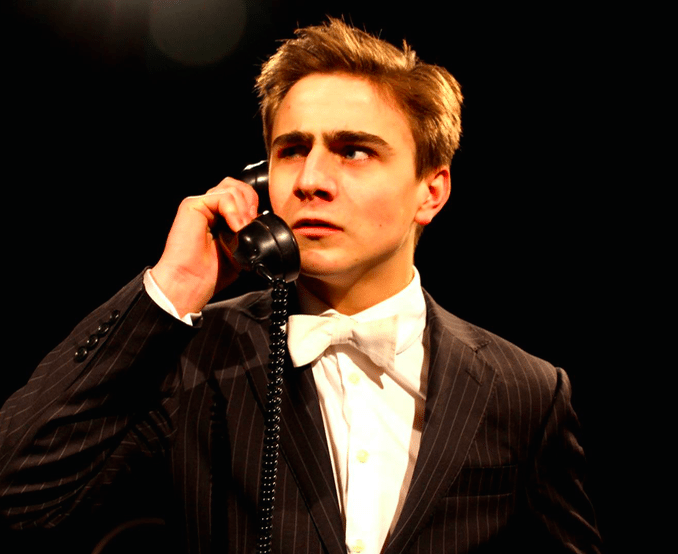