“Do you get lonely?” Before the words had fully passed from my lips an emphatic answer came flying back, as Michael Grandage shifted noticeably forward in his chair: “Very lonely yes, it’s a lonely profession directing…you have to take all the responsibility, the flak. We’re a little bit like football managers, Artistic Directors; we have no employment rights whatsoever. If you start to underperform you get hauled in front of your board and sacked. It’s as simple as that, you constantly know you’re answerable to a board who are looking at not just figures but also reputation and the moment it starts to diminish in any way you’re vulnerable.”

The vulnerability of Grandage’s role is easily missed if you glance at his career and consider his current reputation. Raised in Penzance, he recounts how he, “took a year out after grammar school to audition for drama schools, got a place at the Central School in London…I was clear at that time that I wanted to pursue an acting career”. Twelve years later, he I realised I wasn’t enjoying it as much as I’d hoped and started to seek other opportunities. “The most obvious thing for me was to find out if I could direct.”

Twenty years later the consensus is that he certainly can, as his stints as the Artistic Director of Sheffield Theatres (2000-2005) and the Donmar Warehouse (2002-2012) prove. Not to mention the more than 80 major awards he and his company have picked up. There’s a reason that The Telegraph described him as “the King” when he left the Donmar.

However, while at the Donmar, Grandage developed strong relationships with key collaborators, such as Christopher Oram (production design), Neil Austin (lighting design) and Adam Cork (sound design). These collaborations are not only aesthetically vital but personally so too: “collaboration becomes very very important, otherwise it is a very lonely job…you need another group of people, you make them a very important part of your life”.

I suggest that this collaboration extends to the text (although this collaboration probably doesn’t help the loneliness too much): “I think my entire job is about serving the writing and, therefore, the writer I suppose. In that set-up I’m the interpretative artist and the writer is the creative artist. I think that it’s quite important if you are a text based director never to lose sight of that. I think it’s good to wake up in the morning and look in the mirror and think ‘I’m an interpretative artist’. If you wake up and think ‘I am the creative force’ then you start to usurp the reason you’re there in the first place.”

Pausing, he takes a moment to slightly recast his words: “I don’t want to diminish the creativity part of it. One is still a creative artist with a huge creative brief, but that’s personal to me.” He asserts that this creative urge for new challenges strongly influenced his decision to establish the Michael Grandage Company in 2012 when he left the Donmar: “I’d spent the best part of 20 years running theatres in the subsidised sector. Sheffield theatres was three auditoriums and the Donmar was a studio space: between those two I’d come to understand everything I’d needed to about presenting theatre within buildings. Another building to run would have been just doing the same, possibly even a backward step. The company offers me a degree more freedom”.

This freedom has resulted in the risky project of staging five plays in the non-subsidised Noel Coward Theatre and “the time to break off and make a film”. Genius, starring Colin Firth and Michael Fassbender, will be Michael Grandage’s first movie and is a portrayal of the relationship between Editor Max Perkins and the writer Thomas Wolfe. “We start filming in the second half of 2014” reports Grandage, “I’ve always been interested in seeing if I could make a film. Over about a decade there have been people offering me various scripts to develop but it’s just that this particular script came in and I felt there was something very personal that I could bring to the story”. The editor and director do, after all, both inhabit a similar region of interpretative space in the form of the page or the stage.

Grandage believes the technicalities of film-making practise will “push me out of my comfort zone,”  but then he also believes that, “I’ve always operated best slightly out of my comfort zone, because the moment you start to think ‘I know what to do and how to do it’ you start to get complacent”. While always trying to move himself out of his comfort zone in the theatre, Grandage has relentlessly tried to makes others feel more at home there: “I’m borderline obsessive about access and developing careers with young people because people [like Pat Trueman at  The Mercury Theatre, Colchester] did that with me”.

It’s somewhat surprising to hear that “seeking opportunities for the next generation is even more exciting than directing the actual play”, and is indicative of his commitment to making theatre an important part in the lives of others, be they future audience members, writers or directors like himself.

But what of the future for Michael Grandage? “You always put your efforts into what you see on the horizon as opposed to what’s beyond the horizon,” he replies, and that horizon is filled with Genius. But beyond that he has a few rough sketches: “I’ve never done devised work; I’m not sure how that will present itself but I’m not against the idea. I’ve not done any particular work in found space and I like that idea, partly because my first experience of theatre was seeing it not in a theatre building; I like the idea of making theatre in spaces where you have to educated people to come and see it in a different context.”

As he answers, new possibilities and challenges seem to keep popping into his head. The restlessness is sure to return after his film project, as it keeps doing during our interview, judging from his frequent movements and shifting in his chair. The threat of complacency continues to drive him on and it seems that the challenge of bearing the loneliness of the long-serving director seems certain to remain for some time. 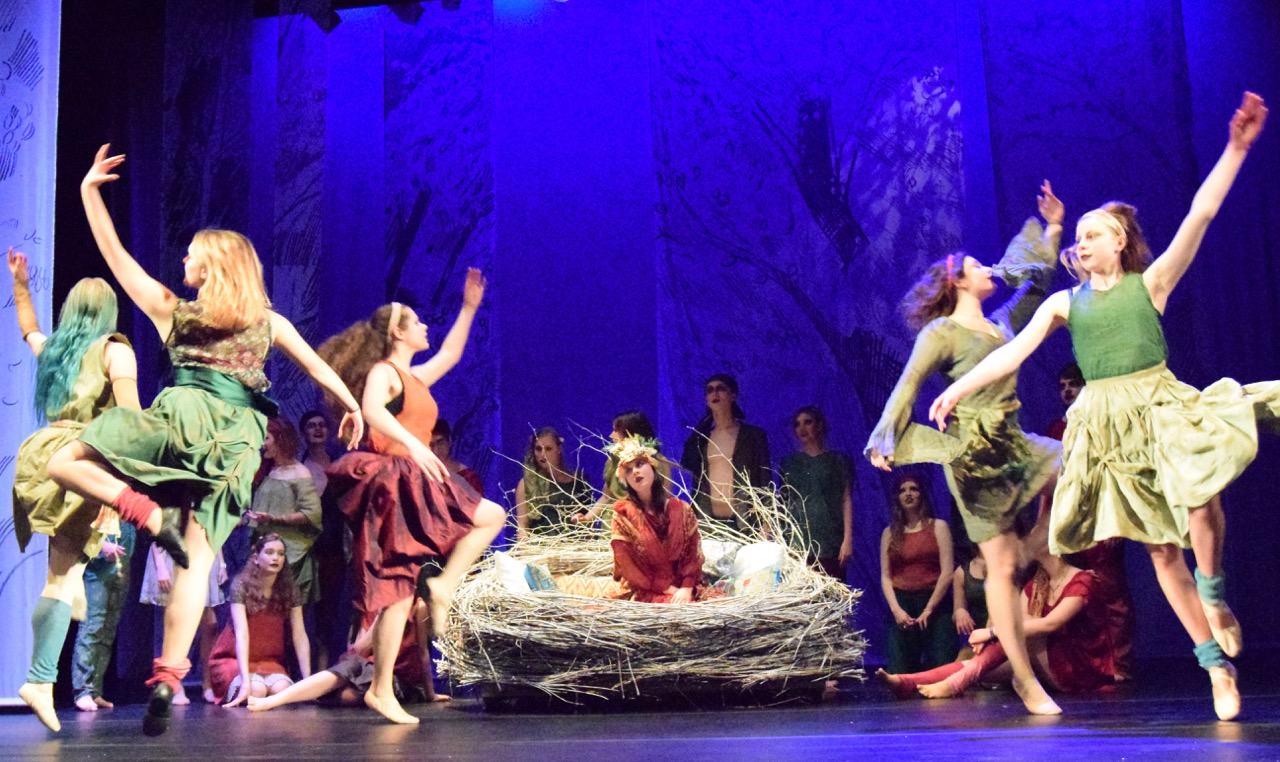 Rendez-vous with French film at the Phoenix