When Outnumbered first entered our screens way back in 2007, along with families up and down the country, I couldn’t help but love it. It showcased British comedy at its best, a perfect blend of charm, wit and humility. When series three came around, it was clear that the show had lost some of its punch, but there were still moments of indisputable hilarity to make for essential family viewing. That, unfortunately, was where my love died. Not only was series four far less funny, it was actually quite dull. “Fair enough”, I thought. “They pushed it a series too far, it didn’t work out, let’s all move on”. Sadly, the writers had other ideas.

Fast-forward three years and the Brockman family are back, trying harder than ever to be interesting. Hugh Dennis and Claire Skinner return to their roles as Pete and Sue, the fumbling and over-anxious parents of three troublesome kids, portrayed by Tyger Drew-Honey, Daniel Roche and Ramona Marquez. Once again, we are treated to the everyday trials and tribulations of “normal” family life; broken printers, lost hamsters and the strains of starting secondary school. Only this time, everything feels overwhelmingly forced. The writers are laboriously going over trodden ground in some kind of last-ditch attempt to prove why their show was so popular to begin with.

The first episode saw the humour fall flat, despite its best efforts, and very little action. Admittedly the second episode of this series was far better than its predecessor, with more laughs and things… actually happening. I even profess to have let out a sizeable chuckle at the scene where Pete is forced to loudly assert that he is “not a paedophile”, accused by the parent of another child at Karen’s swimming competition. Yet I still can’t help but feel underwhelmed and doubtful that there will be a miraculous return to form in the coming weeks.

The inherent humour of Outnumbered used to come from the interplay between the helpless parents and their mischievous children, who, for all their innocence and fanciful ideas about the world, were nevertheless able to outwit their middle-aged counterparts on a daily basis. This simply doesn’t work now that the kids are all grown up, as it were. The original charm of the sitcom has been lost amid failed humour and tedious storylines, while the Brockman family aren’t even particularly likeable anymore. The writers have tried so hard to make them as relatable as they were before, that the triviality of their problems makes for tiresome viewing.

Set against a rich background of family-based sitcoms, both from the UK and across the pond, Outnumbered has fallen way behind. Compared to the likes of Modern Family and Friday Night Dinner, in this reviewer’s humble opinion, it has failed to keep producing the goods series after series. I find myself wondering why they bothered and, frankly, I am pleased that this is its final series. What once was an inspired display of unpretentious comedic genius, is now somewhat tired and irrelevant. 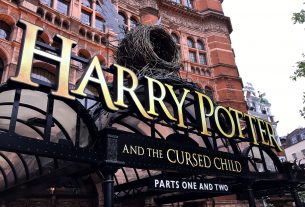 Don’t look back: why authors shouldn’t return to their old characters

Miss Marvel: The Last Tutorial at the BT Studio