Last Sunday saw the return of season four of ‘The Walking Dead’ after the spectacular mid-season finale in December. Since first airing in 2010 the show’s following has swollen from roughly 5 million in its first season to an incredible 16m for its season four premier, far outdoing the finale of even the critically-acclaimed and much lauded ‘Breaking Bad.’ Consistently inventive storylines, excellent character development, and of course simply the thrill provided by the scenario of a zombie apocalypse have ensured that word of mouth has spread, and the show’s fan base may well have yet greater heights to climb. Indeed after an arguably slower season three led some to express doubts about the show’s longevity, more recent installments have not only provided enthralling entertainment, but have now moved the show again into a very different direction, keeping viewers on their toes.

For those that have not yet caught up on ‘The Walking Dead’ or are considering watching it in the near(ish) future, there are spoilers ahead. The show’s gamble on the return of the ‘governor’ paid off in destructive style in the mid-season finale, with the desolation of the prison and the very public beheading of one of the show’s most important characters over the past couple of years, Hershel. As a result our group find themselves once more exposed to the full wrath of the ‘walkers’ without any safe haven. Not only this, but they find themselves separated into small groups, and in some cases alone. This shake up gives the show a great chance to explore new avenues, and reintroduce an element of more imminent danger and exposure that the show has arguably missed over the past year or so.

Of course, the series’ more avid fans will know that ‘The Walking Dead’ is based on the comic book series of the same name by Robert Kirkman. While the show has far from copied the plot of the comic books, and many characters are completely different or indeed original, it has certainly used it as the foundations for the overall theme of most story arcs. Thus it is somewhat possible to predict what might befall out heroes(?) next. Rick and his comrades will most likely in the near future find themselves perused by ‘the Hunters’, a small but no less terrifying group of survivors who have turned to cannibalism in order to sate their requirements. This will fill the gap for primary antagonists previously occupied by the now confirmed dead ‘Governor’. However while the Governor was clearly a very powerful and dangerous foe he was not the most subtle, confronting the prison with a tank in his final stand-off. The Hunters on the other hand will be far more elusive and mysterious, and particularly with our group now fragmented this could provide for some excellent tension.

As ever the future development of the characters remains an important part of the very character driven Walking Dead, and it might now be time for the much-maligned Carl to step forth. Despite many viewers finding him irritating and self-absorbed, no one can deny that his character has been through a lot, and Rick’s admission last Sunday that finally Carl ‘is a man now’ might signal the hour for a new hero to  join Daryl in the ranks. The potential return of Carol is also an asset which the writers can now use to shake things up.

Whatever ultimately occurs, ‘The Walking Dead’ is now perfectly poised to deliver a tense and action packed end to season four. No one is safe. 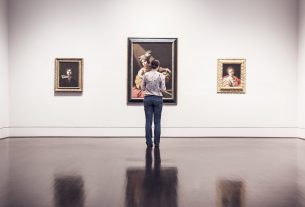 Style and substance: Wes Anderson, cinema, and the future of museum curation