Recently it has been revealed that a group of mansions on Bishops Avenue in London, worth hundreds of millions of pounds, have been sitting empty and rotting for years. Their owners include several Saudi billionaires, who have seized on the opportunity granted by London’s booming real estate market to buy property and earn tax-free returns.

For those of you living under a news-proof rock, Bitcoin is an anonymous and secure digital “currency” introduced by an anonymous mathematician in 2009. Anyone can run software that “mines” the fixed supply of coins. As the stock is depleted mining becomes more costly. Coins can then be exchanged using a secure, private, and anonymous transaction. The currency has been in the news recently following its ridiculous gains in trading prices and high volatility.The issue has caused controversy over several factors, namely exorbitant housing costs in London and the influence of foreigners in the UK. It seems a waste to let extremely valuable houses rot in one of the worlds’ highest priced housing markets. However, I was more fascinated by the situation’s economics. The empty houses are a wonderful example of an asset bubble, and reminded me of another of today’s prominent bubbles: the digital currency Bitcoin.

Six months ago 1 Bitcoin was trading at $100, and now you can get one for a little under $900 (depending on the time of day), down from a peak of nearly $1200. A small but not insignificant group of stores and websites have begun to accept payment in Bitcoin. The currency continues to grow in popularity and has attracted news coverage, along with prominent advocates such the Oxford-educated Winklevoss twins. As Andrew Ross Sorkin of Dealbook puts it: “[bitcoin] aspires to be a universal electronic currency. On that score, it is unlikely to succeed.” I suggest that it is more than unlikely to succeed; success is impossible under current circumstances.

To see why, we can look back to the empty Bishops Avenue mansions. Their owners have registered them to companies in offshore tax havens in order to avoid paying taxes. They haven’t purchased the homes in order to use them; there is little or no expectation to directly receive any utility from them. Rather, the mansions are a speculative investment, and a rather good one at that. The same is true of Bitcoin. Cameron and Tyler Winklevoss own millions in Bitcoin, and are working to create a Bitcoin ETF to track prices on the market. Their interests are clearly speculative. Cameron posits, “I have yet to sell a single Bitcoin.”

These speculative interests in both markets, however, will prevent their functionality. In the housing market, the paradox lies in the fact that the more people want to buy or live in the mansions, the faster the market value will rise, and the less incentive any of the owners will have to sell their tax-free money makers. In the case of Bitcoin, the same is true. The more people demand it as a viable currency, the faster the price will rise. This, and the inflexible supply of Bitcoins, will cause the price to rise even higher.

If Bitcoin is trying to be a currency, however, a skyrocketing market value is the equivalent of deflation. This means that your Bitcoin will have more purchasing power tomorrow than it will today, or next year than this year. Thus, you’re better off if you keep waiting to spend it rather than use it as a currency. For now, the more people want to use Bitcoin, the higher prices will rise, and the less it will be used.

The properties on Bishops Avenue will not be sold as long as they remain a strong speculative asset for their owners, and neither will Bitcoins. The houses will continue to rot, and the bits will sit still on investors’ hard drives as demand rises. Both represent failures of assets to achieve their intended goals, and both bubbles will likely pop. In the meantime, I’ll be encouraging you all to invest in the real currency of the future: Pez® dispensers.

Why I’m still a Liberal Democrat 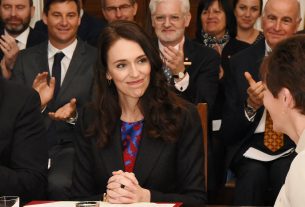 Jacinda Ardern: The Leader We Need But Not The One We Deserve