In May 2010 David Cameron said that the coalition would aim to be the “greenest government ever”. Since then the government has had a somewhat mixed record on the environment, culminating in Cameron last year reportedly saying that he wants to get rid of all the “green crap”, according to an unnamed senior Tory who went on to say: “We used to say: ‘Vote blue, go green’, now it’s: ‘Vote blue, get real’.” According to polling data released by The Carbon Brief last year, 69 per cent of the public consider scientists trustworthy sources on information about climate change, whereas only 7 per cent thought the same for politicians. The coalition has a long way to go to convince the public that it is suitable to lead the country in what has been called the greatest challenge of our generation.

Last year, the Intergovernmental Panel on Climate Change (IPCC) released a report stating that it’s 95 per cent confident that the global warming seen over the last 60 years is anthropogenic and, not surprisingly, 97 per cent of climate experts agree with this.
Despite this several senior conservatives are climate change skeptics, most notably Owen Paterson, the Secretary of State for Environment, Food and Rural Affairs. Critics of Owen Paterson are yet to be convinced that his history degree from Cambridge and experience as the managing director of a leather company before moving into politics puts him in the right position to understand the technical 2,000 page IPCC report. Indeed, he spectacularly proved that he has missed the point when, in response to the report, he said: “I think we should just accept that the climate has been changing for centuries. Remember that for humans, the biggest cause of death is cold in winter, far bigger than heat in summer.”

Paterson is reported to have had very few substantial meetings with his chief scientific advisor Professor Ian Boyd, or with the Department for Energy and Climate Change’s chief scientific adviser, Professor David McKay. A lack of trust for politicians hardly seems surprising if senior members of government aren’t willing to turn to science for the facts.

The government has come under a lot of pressure in recent weeks over the flooding in many parts of the country, with Professor Myles Allen, head of the Climate Dynamics Group at the University, recently criticising the government for a lack of funding for research into the link between flooding in the UK and climate change, calling it a ‘scandal’ that the public weren’t given clear answers. Perhaps if the funds had been in place to convincingly show a link between climate change and abnormal weather the flooding could have been used to rally support for meaningful action on climate change. Instead, the government is spending its time blaming advice from the Environment Agency, infighting, and belatedly making funds available for future flood defences.

However, there is hope for the government. The main theme of the Oxford Climate Forum two weeks before was that climate change is both our responsibility and an opportunity. Responses to climate change can be a great source of economic growth; already new industries are emerging around sustainability and cleaner energy. Individuals and businesses alike can have an impact in tackling climate change and improving our world. That is the message that the government needs to be putting out.

Real solutions to the threat of climate change aren’t going to happen without substantive social and political transformation. Let’s hope this development doesn’t come too late. 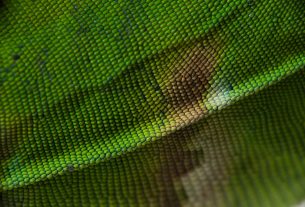 A student’s guide to the night sky in Oxford: March 2014