This year, the case in favour of legalising cannabis may strengthen significantly. The South American nation of Uruguay, and two of the USA’s fifty states, will implement legislation to legalise the drug entirely, something which is likely to blaze a trail for other governments interested in a change of policy. Indeed, as efforts to prevent narco-trafficking fail at home and abroad, it is increasingly hard to believe that the status quo of blanket prohibition of narcotics is either just or sustainable – an argument that applies to harder substances as well as marijuana.

People often confuse illegality with immorality: in the case of drugs, many people assume that, if the argument in favour of their criminalisation is weak, then the moral arguments against their purchase must also be weak. But the thinking here is profoundly flawed. I would personally contend that, whilst there may be a good case in favour of legalisation, there is also a strong moral argument against buying illegal drugs.

We often forget that black markets are markets nonetheless. The purchase of a prohibited substance is a commercial transaction, which finances particular businesses and industries. In the case of narcotics, the industry in question is one of such horrifying immorality that it is simply impossible to justify the purchase of the finished products.

In arguing that the drug industry is immoral, I should explain myself more fully. Most people are vaguely aware of the problems posed by addiction and drug-related crime in this country, but the real issue is the violence which takes place in the countries from which drugs, either processed or unprocessed, are originally exported. In Colombia alone, the actions of cartels involved in the trade of cocaine claimed roughly 400,000 lives between 1990 and 2010, and the death toll from the last few years of conflict in Mexico is estimated at over 100,000. Similar violence occurs in West Africa, where Western Europe procures much of its cocaine and marijuana, and in Afghanistan, where the Taliban funds its terror by exporting opium. Nor does the body count provide a full idea of the damage and debilitation caused. A drug war is a war like any other, and comes with the attendant horrors of a major conflict: child soldiers, mass rape, governmental breakdown, torture, and a great deal else.

The scale of the horror makes other issues of consumer ethics look paltry by comparison. Being a vegetarian, or avoiding brands like Nestlé, seems almost disingenuous when one continues to line the pockets of the mass-murderers and terrorists who control the global trade in narcotics.

This may be a good time to make the distinction between addictive and non-addictive drug use. It is obviously not for me to lecture addicts on habits that are effectively beyond their control. But most drug use among students is of softer, less dangerous substances: about one in seven young adults, for example, will have recently used marijuana. The drugs popular with students are largely harmless for their affluent consumers, but are deadly for people on the other end of the global supply chain.

Consumer ethics can be a difficult subject at the best of times, and demand is only one factor in shaping an industry. But it is impossible to avoid the conclusion that, while it may be foolish to criminalise drugs, it is nonetheless immoral to use them, or to buy them, in the present circumstances. Students are a relatively considerate demographic in many areas – 40% of us, for example, purport to be concerned about the environmental impact of meat-eating. But I can’t help but think this means little, if we don’t reconsider drugs. 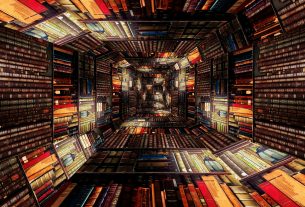 I suffered a breakdown, then wrote my essay from the hospital bed

Salmond vs Darling, blow by blow