Ever woken up feeling a bit groggy after a night out? Count yourself lucky. In an 18th century proto-necknominate, Worcester student ‘Bertie’ downed a yardie of whisky (a modest 60 shots). Next morning, he was found dead in his college rooms. This more or less sets the tone for the alcohol-soaked history of one of the world’s finest universities.

Struggling under the burden of surplus money in the 1680s, Trinity College decided to put its wealth to good use, and set about expanding its already bloated wine cellar. As the College impatiently stuffed its vaults and hastily carved out space for vintage port, the foundations of the main hall above collapsed, and an expensive rebuild was needed.

Not every story reads like a cautionary tale though. Some Oxford students have shown they really know how to party. One carefree night in the 17th century, reckless Oriel undergraduate William Dyer was challenged to drink three pints of wine and copy out a passage from the bible. In an evening already set to make the exploits of the Bullingdon Club look like an Enid Blyton tea party, Dyer topped the scales by quietly passing out before he’d set pen to paper.

One man who actually could mix wine and writing was Geoffrey Chaucer, who is thought to have attended ‘Hart Hall’, now Hartford College. The bawdy bard was granted a pitcher (a gallon in some accounts) of wine every day from 1374-8 by Edward III. That’s roughly 14,600 units, enough to get 6 blue whales ‘dronken as a mous’.

It seems wine has always been a central part of Oxford life. In fact, most colleges are practically propped up by reserves of dusty, expensive vintages they’ve been sitting on over the centuries. Magdalene College owns a bottle of Madeira Old Bual 1872 and six bottles of Madeira Silver Jubilee Bual worth thousands of pounds, while Wadham boasts a rare bottle of 1911 Napoleon Brandy.

Oxford students have always prized their beer, too. When the head of Exeter attempted to reduce the strength of the college beer in the 17th Century, students went on strike until the strong brew was reinstated. Brasenose students, however, haven’t grumbled about the potent ivy flavour Lincoln College add to the free beer they’ve been obliged to provide their rivals since the 15th century. The ivy taste is designed to limit Brasenose’s alcohol consumption, but rarely puts them off.

Today, alcohol plays a central role in the University, not least in academia itself. The ultimate fusion of study and insobriety is the practice of ‘Hemingwaying’, rife among undergraduates. The OED offers the following definition:

‘Hemingway v.  To write under the influence of alcohol. Typically refers to the practice of writing an essay when inebriated in order to overcome concerns about its poor quality. ‘I’m never going to get my Ulysses essay in on time, I’ll have to Hemingway it.’ Thought to have originated from Ernest Hemingway’s maxim ‘Write drunk, edit sober’. For examples, see The Complete Works of Ernest Hemingway, The Works of Geoffrey Chaucer 1374-8, and the better part of this article.

Another unusual combination of the ostensibly serious and the far from sober is Oxford University Conservative Association’s tradition of ‘Port and Policy’. It does what it says on the bottle – aspiring Oxford Tories dressed like Anthony Blanche muster to debate policies under the influence of fortified wine. The website promises ‘a selection of suitable ports’ that ‘may help to loosen one’s argumentative charm’, but like most things conceived when drunk, these arguments tend to sound much better at the time. OUCA members have proposed scrapping the minimum wage, welfare, and the House of Commons. The practice evidently still plays a central role in the workings of Westminster today. Indeed many ex-OUCA members are now running the country. William Hague and Jeremy Hunt have both chaired Port and Policy, while former OUCA members include Theresa May and David Cameron. It’s reassuring to think that Oxford’s boozy history has made its way into the heart of government. Cheers. 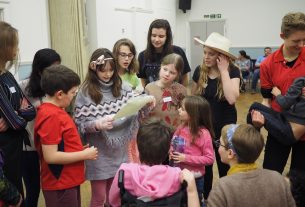