As someone involved in the workings of OUSU, I am starting to get slightly tired of the latest trend in the student press, which involves reeling off ranting comment pieces, slamming OUSU, OUSU Council, OUSU members, OUSU’s campaigns – or in fact, anything else within reach. A recent example of this came in Alexander Rankine’s rant in the Cherwell last week, addressing what he believed to be ‘the failure of OUSU Council to provide a meaningful democratic connection between students and OUSU.’ As current Chair of Council, and former Chair of the Scrutiny Committee, I am well placed to address some of the points raised and can hopefully provide a more nuanced take on OUSU Council.

Firstly, I would like to make the distinction between OUSU – the organisation made up of full-time and part-time officers, office staff, campaigns and committees – and OUSU Council, the democratic arm of the organisation. Council exists to provide devolved democracy, where common rooms have elected representatives to speak on their behalf. They should be consulting the students they represent, but in reality, this doesn’t often happen. Sitting at the front of the room as Chair, I am often dismayed at the attendance, or lack thereof, particularly amongst those who aren’t OUSU reps (especially the ‘3rd vote’ that all colleges have). OUSU Sabbatical Officers do their best to make agendas available, highlight important issues and encourage people to bring motions to Council, but they cannot physically force people to do so. In his piece, Alexander laments at the lack of motions being brought to Council – but these are open to all students to bring forward and in recent meetings, most of the motions have not been brought by Sabbaticals Officers, but by students with an interest in a particular issue. On his criticism that OUSU Council only meets every two weeks, I don’t think that it is realistic to expect students to turn up every week, during terms that only last eight weeks as it is. Perhaps he doesn’t have a lot of work to do, but I certainly do. It is also worth noting that is usually how often JCR meetings take place.

Regarding accountability of the officers, it is not their fault if nobody asks them any questions in Council. Every time we get to that part of Council, I deliberately pause, look round the room and remind people that this is their opportunity to directly scrutinise those who represent them. And I am usually met with silence for my efforts. I also take issue with the derisive remark that ‘the Scrutiny reports read like interviews with the officers.’ Well, they are based partially on interviews with the officers (how else would we conduct the process?), so of course they are going to sound a bit like the interviews that provided their source material! What is important is that whatever ends up in that report does so after careful consideration, feedback from other people working with the officers being scrutinized and a weighing-up of the ‘evidence’, as it were. The Scrutiny Committee’s job is to check that elected OUSU officers are fulfilling the political aspects of their role i.e. carrying out their election manifesto promises, representing students in a proactive and positive manner and interacting well with them. If the Scrutiny Report is broadly positive, then this is because the officers are doing a good job! In the past, I have never held back when I felt someone was not fulfilling their role, and concerns that have been raised in past reports are now actively being taken on board. A good example of this is Part-Time Executive written reports to Council, whose appearance has increased thanks to successive Scrutiny recommendations. When I stood up to present the report to Council last term, I did not mince my words about some of the more unacceptable findings we had, and would reject the idea that we are not holding officers to account.

Finally, I would like to deal with the issue surrounding the ‘atmosphere at Council’, which has become more prominent since OUSU stalwart Jack Matthews’ blog post about his time in student politics. I notice that his quote taken from a Council meeting in 2008 seems to keep being used as though this were the current state of affairs. Yes, it is true that OUSU has a tendency towards left-wing thinking and policy, but this is only a reflection on the fact that most of its members, being students, do tend statistically to veer towards the left. As someone with few party political convictions myself, I have never felt threatened or intimidated by the party politics from either side at OUSU – in fact, they rarely come up or enter the debate, as it’s often more about a clash of beliefs, political or otherwise. I have actually found that it has produced lively debates on all sides, a recent example being of the debate surrounding financing the Oxford Left Review (a motion which fell). As Chair, it is my duty to maintain the atmosphere in Council so that everyone feels able to speak. When I have felt debates have become intimidating or contributions irrelevant, I have said so, as have many of my predecessors (including Jack Matthews).

OUSU, like any democratic institution, has its failings, but this does not lie solely with its Officers. JCR and MCR reps need to step up to the plate, actually attend Council, ask their Common Rooms what they think and make points in the debate. If OUSU appears like a club or a clique, it’s because there are some people who are more passionate about certain issues than others, but the idea is that anyone can contribute to any debate in any way they chose, provided their remarks are not offensive. Sabbatical Officers cannot win – they are criticised for not engaging enough with students or letting them know what they’ve been doing, but are then lambasted for sending ‘self-congratulatory emails’ when they do tell you what they’ve been up to! Every student member is entitled to attend OUSU Council, so here is my invitation to you: come along, propose motions, take part in the debates, ask questions of your elected officers, rather than reeling off comments in the student press. 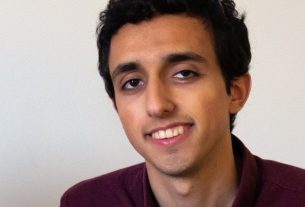 A second language, a second self: being an Israeli in Oxford 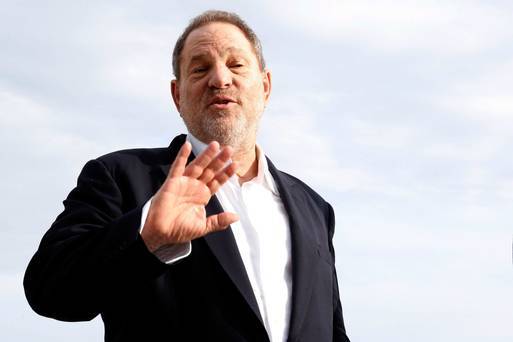 Weinstein is the tip of the iceberg: we must keep speaking up

University is still a worthwhile investment