I begin my visit in a lab at the West Wing of the John Radcliffe Hospital, being shown around by Dominik Fischer, who introduces me to the various pieces of eye-wateringly expensive equipment he works with every day.

“This costs more than a house”, he grins, and encourages me to touch the table upon which is mounted a vast laser scanning microscope attached to three or four equally massive power units. A tentative press of my finger elicits a loud hiss from the mechanism, and fearing I have angered the science Gods, I back away immediately. Amused by my incredulity, Fischer, a clinical research Fellow of the Medical Research Council, quickly explains that the microscope measures such tiny objects that even the slightest tremor could be catastrophic, and that the table adjusts for these movements to keep the equipment stable.

In a lab meeting with Ophthalmology (eye-studies) researcher Professor Maclaren, he emphasises the need to sequence every piece of DNA used in experiments, to understand fully what is being worked with.

The general focus of the team has been the use of gene therapy to treat choroideremia, a degenerative disease which causes blindness. Affecting several cell layers which are essential to sight, it is a genetic disease which causes the deletion of the vital protein REP1, leading to the deterioration of important cells in the choroid which provide oxygen and nutrients to photoreceptor cells. As a consequence these cells are deteriorate, leading to loss of vision. As a mutation linked to the X chromosome, it is generally only men who show signs of the disease. However, Maclaren’s team have, over the last couple of years, managed to restore some vision to patients in clinical trials through the application of gene therapy. The treatment involves inserting DNA which encodes a required protein into an affected area through the vehicle of a vector, commonly a virus, which artificially carries the DNA into the body.

As yet, the treatment is not commonplace. In order for it to become widespread, companies must be capable of exactly reproducing the vectors and DNA components of the treatment in factory conditions, and this is a difficult task, since even the slightest change could mean that something useless (or downright toxic) is accidentally created. As Maclaren points out, a rigorous regulatory process must be fully worked out, and the production of gene therapy treatments will have to match these necessarily draconian standards. A vector taken from any point in the assembly line must be identical to any taken from another, and tests must be put in place to ensure this, for example, taking a certain number of samples (at least three or more) from entirely random places in the line. High standards must be maintained throughout.

One of most positive pieces of news for the department is the recent £12 million donation from Syncona, a subsidiary of the Wellcome Trust, to the University’s company Night Star, with the hope to turn the work done by Maclaren’s team into a treatment available for patients. Nightstar will handle the regulatory side of the process, setting up factories and ensuring that the vectors are reproducible, and at the right concentration. If the company’s aims are successful, it is hoped that the setting up of the necessary processes to regulate production of this treatment could form the model for future gene therapy treatments. This would allow them to reach the market more quickly since they would simply follow a pre-existing set of regulations and would benefit from the knowledge provided by the results of the current gene therapy research.

Given the challenges involved the potential for gene therapy to become a commonplace, game-changing treatment is still uncertain. However, with the funding and support of the Wellcome trust, we have good reason to be optimistic about the future of this branch of medical science.

Through the looking glass – the feelings behind the façade 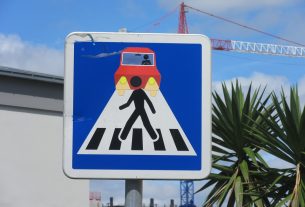 Who Would You Save? It May Depend on Your Culture