On 1st week Hilary Term, the OUSU Council has passed a motion on fossil fuel divestment campaign, which requests the University to stop directly investing in fossil fuel companies, which are defined to be those participating in exploration for or extraction of fossil fuel reserves.

Daniel Tomlinson, the OUSU VP for Charities and Communities, commented: “We believe that universities and institutions up and down the country should start taking money out of these companies in order to say to them: we don’t believe what you are doing is right.”

Tomlinson also raised the point that these fossil fuel companies are overpriced, given the expectation that there will be more regulations on these companies. “We want the University to understand that it’s probably not its long-term financial interest to invest in these companies.”

“There’s some evidence that shows that actually investment in fossil fuel companies have a lower return than other investments.”

On the other hand, James Rainey, the chair of the Environment and Ethics Campaign,  maintained that their core business is still fossil fuel extraction and exploitation. “As long as that is their core business and that is what their valuation’s depend on, then really it’s not responsible for them to plan to exploit all of those reserves.” However, he has acknowledged that these companies have taken reasonable steps in terms of developing renewable energy,

In a statement, the University defends its decision to invest in fossil fuel companies. “The University of Oxford’s core mission is education and research and as a charity it has a legal obligation to maximise the returns on its investments to support this mission. To this end the University invests in funds that invest in the world’s top companies, which may include oil and gas companies. The University’s policy on socially responsible investment is regularly reviewed by the Socially Responsible Investment Review Committee.”

The spokesperson goes on and says: “The University has set a target to reduce its carbon emissions by 33% by 2020/21 (compared to 2005/6 levels), and we are following a carbon management plan to achieve this target through a range of projects. The ‘Oxford Student Switch Off’ is a large-scale project to engage students and staff in sustainability, and 28 colleges have already signed up to this. 21 departments have signed up to the Green Impact scheme, which involves students in auditing the changes made by departments to improve their environmental practices.” 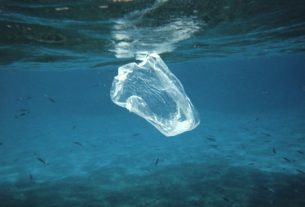 Plastic Pollution: A small solution to a big problem?