The idea that “we need to do something about climate change” is one frequently tossed around by both scientists and politicians alike. Usually, the impact it carries is of the same order as comments such as “we need to do the washing”, or “we need to get up for the rowing gym session tomorrow morning”. In theory it may sound like a sensible notion, but in practice you are just not going to get round to it.

To examine the point further, it’s only natural to ask the three interrogative questions – who, why and how? Firstly, who is ‘we’? John Broome, Professor of Moral Philosophy at Corpus Christi College, introduced his talk on the Morality of Climate Change at the Oxford Climate Change Forum by considering this question. Is it referring to we, the community of the world, or we, as individuals, acting to reduce climate change?

“All of us are causing harm as we go about our private lives,” Broome told us. Sure, you might think that boiling the kettle to make a cup of coﬀee isn’t doing much harm in comparison to the billions of tonnes of carbon dioxide already present in the atmosphere, and you would be right. However, the harm done is not zero, and so however insigniﬁcant it may seem, when all of the carbon dioxide produced from all of the cups of coﬀee made by billions of people trying to wake themselves up in the morning is added together, this can amount to a great deal of harm.

So although the collective action of the world is ultimately essential, individual actions, when put together, have the capacity to substantially alter a situation.

Now you ask, why? This was the primary focus of Broome’s talk. “A moral philosopher, before he dies, should make some vague attempt at being worthwhile,” he informed us, and later directed me to his most recent book, Climate Matters: Ethics in a Warming World. The answer is simple: because the harm done quite literally has a life and death impact. “There are lots of ways in which climate change kills people,” Broome said, casually listing ﬂoods, famine and disease.

He also outlined some rough ﬁgures. The average inhabitant of a rich country, like the UK, will cause the emissions of around 800 tonnes of carbon dioxide during their lifetime. This would result in the temperature of the Earth rising by about half a billionth of a degree. Not much, maybe, but in the future this will directly result in shortening somebody’s life by approximately half a year. That is, two and a half days taken oﬀ their life for every year that you live yours.

The driving ethical argument behind the climate change conundrum is eﬀectively that we should be preventing harm done to people in the future by reducing our impact in the present. This is consistent with one of the main principles of moral philosophy – that we should not commit harm to other people for our own beneﬁt.

“I’ve been struck by the number of people who have said to me – ‘what’s moral philosophy got to do with climate change?’ ”, Broome told us. Any moral philosopher would likely tell you that it is, in principle, morally wrong for us to cause the emission of any carbon dioxide gas whatsoever. Broome, however, added, “we don’t go around preaching. We leave that to the religious types and militant atheists.”

It is worth keeping in mind, however, that reducing our carbon footprint is a moral point that is “to do with justice, not to do with goodness”. Any mediocre philanthropist would likely do more good in a relatively productive afternoon than you would do in your lifetime by reducing your carbon dioxide missions. The argument is only that it is morally right to avoid harming people by our actions, irrespective of what is good.

The ﬁnal point, then, is how? If you know anything at all about philosophy you would know that is a foolish question to pose. When have you ever known a practical philosopher? They only tell us that it must be answered. The question of ‘how?’ is still up for debate, open to anybody brave enough to take it on. 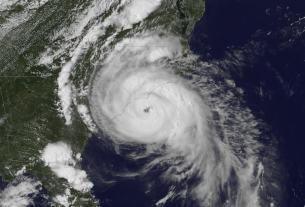 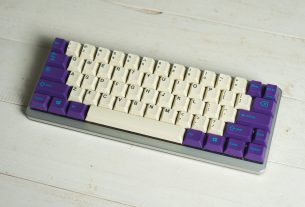 Transient electronics which ‘melt in the body’