After a brief break from Screen 1, the sold-out auditorium refills and we are introduced, again, to the second half of Nymphomaniac by the strangely cast Edith Bowman. She throws around the term “masterpiece” a couple of times and then leaves us to next two hours of von Trier’s sexual epic.

Nymphomaniac Vol. 2 finishes the tale of Joe and her sexuality in three chapters: The Eastern and Western Church, The Mirror and The Gun. The three tales explore Joe’s extreme measures to try and reconnect with her orgasm, a new career path and a maternal-cum-sexual relationship with her adopted protege. This second half of the film provides a more interesting thematic exploration, but it still doesn’t pose many interesting questions to the audience.

Similarly to Vol. 1, the flashbacks are interspersed with the conversations and asides of Joe (Gainsborough) and Seligman (Skarsgård), however their prevalence and humour reduces as we move through Nymphomaniac. The humour that made the first half enjoyable is non-existent in Vol. 2, and is instead replaced by Joe’s ‘provocative’ rants. These range from the quite interesting (a discussion on the similarities of paedophilia and nymphomania) to the pointless and offensive (Joe’s digression on “negroes”).

In many ways, the film can be summed up by it’s god-awful ending. Once Joe finishes reciting her tale, Seligman tries to rape her and is subsequently killed by the female protagonist. Described by Skarsgård as a “fuck you to the audience”, the scene makes little sense in the context of the film and feels purposefully provocative.

As was the problem with the first part of Nymphomaniac Vol. 1, Vol. 2 doesn’t work as a singular piece. It lacked the coherence and character development that the entirety of Nymphomaniac  provides. Where there was enjoyment and humour in the first part, the second half of von Trier’s new film gives the viewer very little. We are left underwhelmed and offended by this concluding half. 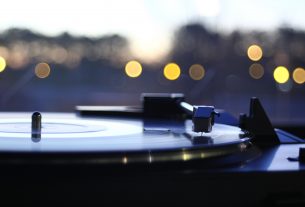