A film that may just blow your mind, quietly and without too much of a fuss.

If it sounds like your kind of thing of course. If a narrator who is Death, an old accordion, a girl who borrows books (it’s not stealing), and a snowman in a cellar all sound intriguing enough for you. The Book Thief is certainly no ordinary tale of Nazi Germany. It doesn’t allow itself to become mired in the sentimentality or the brutality that so often define war-based dramas. It sticks with its characters and doesn’t let go.

Liesel is a communist’s daughter, sent from her mother to live on Heaven’s street in Germany with new parents. She can’t read and thus learning becomes her one goal, which soon grows into a passion for books. Various characters, some expected and some surprising, help her along in her education. All the time there is danger and the voice of Death threatening the peace she has found. Whether you’re a young athlete chosen for elite Nazi training, or a girl whose family is hiding a Jew in the basement, no-one can feel safe. In a war where ideas and personal opinions are forbidden, Liesel is a girl so alive that even Death himself is fascinated by her.

The cast is any director’s dream. Truly, the acting is flawless. Geoffrey Rush and Emily Watson are the big leads, but the unknowns such as Sophie Nélisse (Liesel) and Ben Schnetzer (Max) stand as tall. Performances are even throughout, and each relationship has its own unique chemistry. Technically the film is also strong. Moments aren’t clung to by the camera; instead they’re fleeting and all the better for it. It could so easily have become a boring film, and yet it never is. Instead there is a slow-burning intensity about the whole story.

It’s very difficult to criticise The Book Thief. There is the unavoidable problem which all films of this nature face, and that’s the historical backdrop. The end is too predictable perhaps, but then again there’s only so much you can rewrite about a war and its consequences. The Book Thief is a new perspective on World War Two, but there’s no way round the fact that the bombs will still be dropped.

A problem that could have been fixed is the purpose of the film’s ominous narrator. Death – voiced by Roger Allam – introduces himself at the very opening before any characters have been on-screen. From such a beginning, it’s fair to assume that he will play a fairly prominent part in the story. However Death is only to be heard from a couple more times, and this isn’t really enough to justify him being present at all. In the adjustment of the novel, The Book Thief’s narrator is condensed too far. His pieces – while creepy – add little substance.

The Book Thief is now showing at the Phoenix Picturehouse 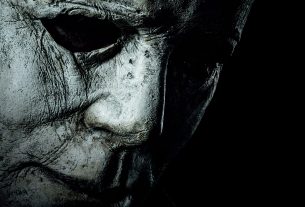