Set in the height of the roaring twenties, The Great Gatsby has always been a favourite for adaptations in spite of it being a notoriously hard novel to put on stage or screen. However, Dominic Pollard’s slick, fun production combats this problem with intelligent directorial choices.

The story follows the mysterious millionaire Jay Gatsby’s (Percy Stubbs) attempts to win back his once love Daisy Buchannan (Hannah Schofield). He longs for her to one day walk into one of his lavish parties so he can impress her with his money and sophistication – two attributes Daisy adores.

However, this is not in itself what makes the novel “great”. The events are filtered through the narrative voice of Nick Carroway whose distancing commentary defines the feel of the novel. Many adaptations resolve this by adding extra scenes to make the love story of Gatsby and Daisy more prominent. Dominic Pollard cleverly resolves this through having a narrator – Old Nick played by Henry van Oosterom – throughout. This not only allows a faithful adaptation but also permits a medium for the beauty of Fitzgerald’s lengthy prose to be presented.

Van Oosterom as a narrator drives the story competently allowing direction where it could be potentially lost and leads a strong main cast.

However, standout performances are delivered by those underlying in the main action, such as Kimberly Sadovich’s Jordan whose understated cool confidence in scenes reflects the ennui of the age.  Keelan Kember’s Young Nick also stands out with a performance that grew in confidence building up to his captivating last lines:

“So we  beat on, boats against the current, borne back ceaselessly into the past.”

The set, costumes and music transformed the theatre into a party in the 1920s. Some elements were disappointing, however, as the eyes of T. J. Eckleberg lost their symbolic power when they were reduced simply to two lopsided blue dots of light.

My main quibble with the production was the scene changes. The difficulty of limited stage and set meant that the blackouts were sometimes necessary but too frequent. This meant that the continuity of the piece and the attention of the audience was disrupted.

However, this is a production put on by someone who understands The Great Gatsby and at its heart is the intellectual retelling of the story one would hope for. 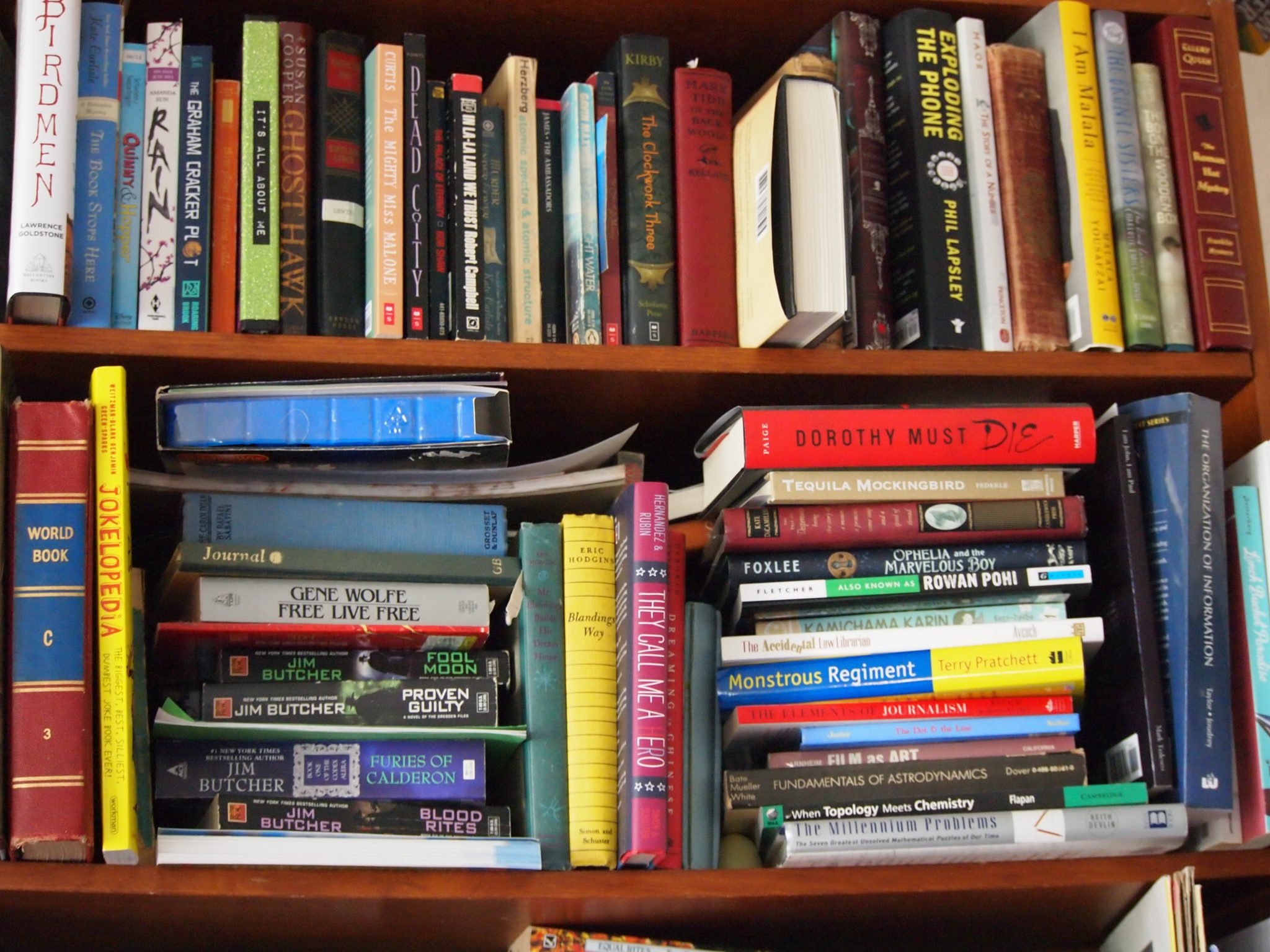 Books that Helped Me Through Freshers’ Week