Politics came into the ring more than once: “For two hundred years the government has had its hand on our crotch, cause if they can control that they can control us.” Flynt’s preoccupation with the First Amendment was plain to all from the word ‘go’. Freedom of speech belongs to everyone, he said, not just the New York Times or Washington Post, but it comes at the price of toleration: “For example, I have to tolerate Fox News.” His self-labelling as a “civil libertarian to the core” in 2013 fitted his vocal support for a laissez-faire governmental approach. In rounding off his speech Flynt declared that he was about to give the most profound statement we’d ever hear. One dramatic pause later, he continued: “The greatest right that any nation can afford its people is the right to be left alone.”

On top of politics, the introduction of religion into the talk might have erred on solemnity. Yet Flynt’s flippancy when it came to his year of evangelical Christianity sent the room roaring with laughter: “Oh! My born-again experience – I got over that. Just stop hearing voices and seeing visions and everything will be great.” More comedy gold came with his advice on how to get ahead in the porn industry after one student lamented his repeated failures to penetrate Goldman Sachs: “Endurance, my friend, endurance.” As we turned to whether sex itself had much room for humour, Flynt nodded: “Yes, when you get it wrong.”

It wasn’t all light-hearted banter, however. A white supremacist’s assassination attempt in 1978 (after a Hustler interracial photoshoot) left the porn mogul paralysed from the waist down. After his attacker’s arrest nine years later, Flynt opposed the death sentence given to this serial killer. “Family members sit in the courtroom not for justice but for vengeance”, he said, and the idea of the US being grouped with other death sentence proponents like Korea and Iran was not one that sat well with Flynt. He supplemented this with an historical anecdote about pickpockets working their way through crowds at convicted pickpockets’ public hangings.

Larry Flynt’s rags-to-riches life has certainly roller-coastered since his desperate bootlegging days in America’s 1920s Prohibition Era. His initial admission of hoping to deliver “a kernel of truth” in his talk seemed strikingly sincere, and while his X-rated business could never be of universal appeal, nor did he assume the alien character of my expectations. 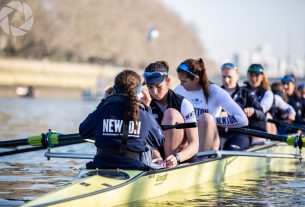 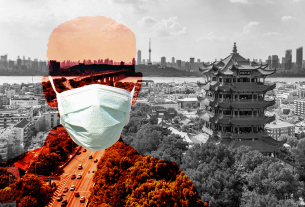