Outside the USA, the images of the twenty innocent children massacred at Sandy Hook Elementary School in the winter of 2012 provoked, along with grief, one overwhelming reaction: incredulity. Why was it so easy for the perpetrator to get his hands on a semi-automatic rifle used by 60 militaries and police forces around the world?

One answer is the immense success of the lobbying effort to keep such weapons legal. Under the leadership of David Keene, the National Rifle Association, the biggest of the pro-gun lobby groups, pulled all sorts of strings to defeat Obama’s recent attempts to increase the stringency of background checks for gun purchases. Or, as Keene sees it, the President’s covert attempt “to set up a national gun registry”.

But, of course, lobbies operate within a specific cultural and political climate. As Keene explains: “The settling of the continent, the whole culture, has made firearms not just a part of the culture but a part of the American people’s understanding of freedom. It goes far beyond even whether someone owns a gun or doesn’t own a gun.”

And this culture is more embedded than ever. Research by Pew Research Centre suggests that support for gun rights is at its highest level in 20 years. According to Keene, explaining this requires an understanding of the value Americans place on self-preservation: “The second amendment codifies something that philosophers have talked about for thousands of years and that’s the right to self-defence. If you go back to the Greek philosophers, they said that […] people have a right to defend themselves and their families against attack.

“We are seeing a seismic shift in how people see firearms. In the USA, we’ve seen a massive increase in the number of gun owners [and] the number of people undertaking firearms training.”

Furthermore, gun ownership is expanding out of its traditional rural white male guise. Last year, according to Keene, 38% of guns sold were purchased by women, while fewer than half of firearm sales went to white Americans.

These trends are, in many ways, confounding to non-Americans, and particularly Britons. The idea that more guns on the street makes individuals safer is simply alien in a society with one of the lowest rates of gun homicides in the world, where not even the police have guns.

Of the remaining 10,000, apart from the occasional accident, “you’ve got gun crime, so-called mass shootings [and] police shootings”. Keene opposes the way in which these three categories are “all lumped together”, and claims that media outlets regularly exaggerate the extent of gun violence: “The number of people who die [from gun violence] has been fairly consistent down the years and the number of school shootings has gone down, but the television makes it look like it’s gone up.”

He cites the example of former New York Mayor Michael Bloomberg, a notable proponent of tighter gun legislation, whose political literature listed Boston marathon bomber Tamerlan Tsarnaev as a victim of gun violence. Keene chuckles: “Yeah he was shot – but by the police after he blew up the marathon! We shouldn’t really call him a victim of gun violence.”

In fact, argues Keene, it is “cops on the street who say that you better get a gun and you better protect yourself.” He light-heartedly relates the story of his visit to the Harvard campus where the largely Democratic students in attendance could not fathom why all the police officers wanted to take a picture with him – “they’re all NRA instructors,” he explains.

These examples are all designed to cast doubt on the intuitive claim that society is made less safe by the presence of deadly weapons in the hands of ordinary citizens. Keene’s narrative is compelling: the media and political classes are biased, and do not understand hard-working cops who see first-hand the need for ordinary citizens to own guns.

A narrative is one thing. Much more difficult is grounding it in the realities of gun crime. And some of those empirical realities are less favourable to Keene’s picture. Perhaps the most challenging example is that of Australia. In 1996, after a massacre at Port Arthur, the government banned all semi-automatic rifles and shotguns, and greatly restricted licensing. The results have been striking. Since the legislation was implemented, the firearm homicide rate has fallen by 59%, with no evidence of any ‘substitution effect’ to other forms of killing – and there have been no mass shootings.

Keene’s response is emphatic: “But what’s the major category of crime in Australia that’s increased? Home invasions have almost doubled, because the victim is powerless to resist.”

But surely that is a worthwhile trade-off, given the reduction in homicide?

“Well that depends on whether you’re killed [in your home] or whether your wife is raped. It depends on all of those things […] If you’re breaking into somebody’s house and you hear the click of the shotgun, all of a sudden you decide this might not be the best idea you’ve ever had.”

And this is the heart of the matter. ‘Rugged individualism’ may well be a tired and clichéd way to describe American political culture, but the overwhelming emphasis placed by Keene, and indeed the whole American Right, on the preservation of the home, the family and the individual is striking.

Forget ‘more guns, less crime’. A more accurate adage for the gun lobby might be ‘more guns, fewer home invasions’. What matters fundamentally for the NRA and its members is not the statistics, but a value system that has as its central image a home under attack. Without a gun, you are defenceless and your liberty means nothing.

This conception of freedom is at the core of most conservative causes in the US. The rallying cry of constitutional liberties has been the political harpoon used to lance Obama’s efforts to expand the state, not only in gun legislation. The clearest example of this is in the Republican response to the President’s flagship healthcare reform bill ‘Obamacare’.

For Keene, the President’s perceived mishandling of the latter could prove fatal. And, as someone who headed influential lobby group the American Conservative Union for 27 years, he is a man who knows something about the workings of American politics.

Comparing the healthcare rollout to the damage done to Bush by Hurricane Katrina, he says: “It’s very difficult to see any way in which the President can recover. Historically at this stage in the second term, if the President blows it, it’s too late to do anything about it.

“In Obama’s case, it’s the same thing that’s happened in the polls with the so-called Obamacare rollout. What people say is ‘If the President can’t handle A, why can he handle B and C?’ At this point it’s very hard to come back.”

Keene’s instinct is that the GOP should benefit from this: “If the elections were held today, the Republicans would pick up the 6 seats they need in the Senate.” Yet the party faces its own notorious internal conflicts.

Keene’s discomfort is, perhaps surprisingly, not with the radical right but instead with those, like Rubio and McCain, pushing for immigration reform: “They want to go to an immigration debate which splits the Republicans and allows the press to focus on them and their problems and not Obama and his problems.” Keene is sure, however, that the Republic leadership “isn’t going to let [that] happen.”

It is clear where Keene’s sympathies lie. As a prominent supporter of the libertarian group American Freedom Agenda, he is keen to talk at length about the anger seething in the American people. Most of this rage has focused on the sovereign debt crisis, and its indication to those on the Right of the USA’s geopolitical decline: “Previously we owed money to ourselves, now we owe money to China. The frustration that nothing was being done resulted in the Tea Party.”

Yet Keene recognises that this anger has not yet been constructive. The constitutional structure of the US system has so far placed checks on the ability of this grassroots movement to effect change. Republicans were elected into the House, Keene points out, “and then they said ‘well now we ought to change things’.

“The hard fact is they can’t change things. They don’t have the votes in the Senate and they can’t overturn a Presidential veto. But the people are upset […] they don’t understand that. It’s not their job to understand it, they are just railing at the politicians.”

This anger is leading to a greater diversity of candidates than ever challenging incumbents in the states. “You’ve got people popping up because they figure people are mad, why not run for office? Most of it is a lot of smoke without a fire.”

This grassroots dissatisfaction from the Tea Party has often been cited as a cause of Republican intransigence in negotiations with the President – most obviously in the case of last October’s government shutdown. Yet Keene is quick to challenge that narrative: “Government shutdowns are normal. The President with the most of them was Carter, who had seven. Reagan had five. But you’d think it was a new thing.”

Asked if the shutdowns posed a problem for the Republican Party, Keene rather places the blame squarely on the President’s shoulders. “Obama wanted the shutdown because it changed the subject. The President said ‘we’ve never had this before’, even though he voted to shut down the government when he was in the Senate.”

Keene contrasts this to the experience of previous Presidents such as Reagan. “How did Reagan handle it? He said, “I’m the President, I’m the person who’s supposed to solve it. He got everyone together and he solved it.”

This is a common Republican criticism of Obama: that he is cold in interpersonal interactions, preferring to focus on his wider ideological agenda rather than ‘rolling up his sleeves’ and negotiating with his opponents. Keene continues: “This time, there was no getting together. The disagreements are not as broad as they were then. The Republicans were not going to compromise without getting something, but the President wasn’t going to compromise at all because he wanted it to go on longer.”

It is perhaps somewhat surprising (and some might say a little galling) to hear the ex-President of the NRA extol the virtues of compromise. But Keene is not simply a canny lobbyist. Like all effective political operators, he exudes total conviction that if only people would take note, they would be won round to his way of seeing things. Whether on guns or on Obama, he transmits the quiet but indubitable impression that he is engaged in a righteous battle.

He’s certainly a handy warrior to have on side. 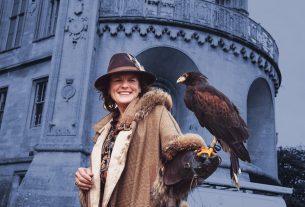 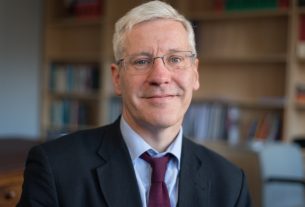 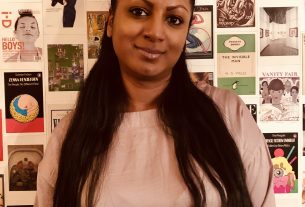 Sachini Imbuldeniya: the producer behind the poignant video ‘You Clap for Me Now’