In the ever-cool Portland, Oregon, well-known rock bands abound, and Joanna Bolme has worked with most of them. That may be a slight exaggeration, but the 45-year-old undercover rockstar does seem to have had a hand in every awesome studio production in Portland since about 1996.

Over the last two decades, Joanna Bolme has been one of the stalwarts of indie and noise rock across the Pacific Northwest, though she’s as often behind the mixing desk as playing in the band so she’s managed to stay out of the international spotlight. She has mixed and sound-engineered for The Minders, The Chimps, No. 2 and the immortal Elliott Smith, an ex-partner (for whom she also put together a tribute album in 2006). Most recently, she’s played bass with Quasi and Stephen Malkmus and the Jicks, both live and on record, and she’s probably the reason Gary Jarman of The Cribs is now living in Portland – as her husband.

Bassists can often get ignored, even when they’re in famous bands, but having Pavement frontman Stephen Malkmus approach you and say “we were just wondering if you wanted to come over and play bass. I know you’re pretty good” (as she reports on the Westword blog) must be an amazing experience. And she definitely is at least “pretty good”. It’s Bolme’s bass that drives along tracks like Quasi’s ‘Repulsion’ and gives the Jicks’ Mirror Traffic its unique groove.

Despite integral roles on so many punk-rock and indie classics, Joanna Bolme has managed to stay extremely down-to-earth in interviews, focusing more on her upcoming albums and projects than the successes of her past. Even though she can play most of the instruments in popular music, she shies away from calling herself a “multi-instrumentalist”.

I first encountered Joanna Bolme when reading about Gary Jarman, and I’ve always felt bad that I found her through her partner, as if she were secondary to him in some way. Since then, I’ve come to the conclusion that Gary was more likely to have been in awe of her than she was of him. 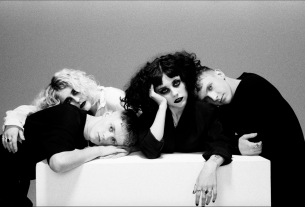 From staggering strings to beardy boatmen