Magdalen College has announced it will not play host to a Commemoration Ball in 2015.

Fabian Apel, JCR President, informed students the reasons for the cancellation in an e-mail addressed to the JCR.

He continued: “The MCR President and myself asked the Governing Body to extend the deadline until the beginning of next term, a proposal which did not find the support of either the Deans of Arts or the Home Bursar. Unfortunately, we did not manage to convince Governing Body of the merits of our case.”

The cancellation of the triennial white-tie ball, which is the highlight of the 2015 ball circuit, comes as a heavy disappointment.

Regarding the cancellation, a second-year student at Magdalen commented: “I’m very annoyed – the ball was going to be immediately after my finals, so I could celebrate the end of my degree.”

The last time Magdalen hosted a Commemoration Ball was in 2012. It was the only white-tie ball in cycle, in accordance with the traditional cycle whereby colleges that hold Commemoration Balls, do so only once every three years.

This year, Oxford is due to witness an unprecedented number of six Commemoration Balls, with Worcester College celebrating its tercentenary, and Merton and Exeter marking 750 and 700 years respectively since their foundation.

Apel’s e-mail stated: “There may be the option of holding a smaller-scale event in Trinity 2015 and/or a Commemoration Ball in 2016. I would like to have a JCR discussion about these options at the beginning of Trinity Term.”

This is not the first time that a Commemoration Ball came to cancellation. The New College Commemoration Ball was nearly called off last year mid-preparation, due to restrictions placed on the number of attendees by the College’s Governing Body as a result of on-going construction work. The ball went ahead, however, pursuant to successful negotiations between the Ball Committee and the Governing Body. 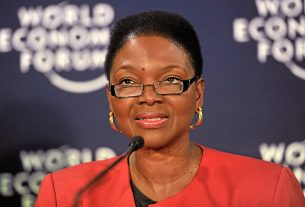