Leaders of OUSU and the African and Caribbean Society last night criticised “We are all Oxford” (WAAO).

Tom Rutland, OUSU President, claimed the project was “misguided” and admitted that a Facebook link an OUSU officer made to the page last week was a mistake.

Rutland, who is about to begin his final academic term as President, admitted to The Oxford Student that the “We Are All Oxford” Tumblr “should not have been linked to originally” and that the link “has since been taken down”.

Rutland stated: “My view is that the “We Are All Oxford” tumblr is misguided (if probably well-intentioned), and that denying experiences of racism is not the correct way to improve access to the university.”

“We cannot put the two aims of eradicating racism and improving access at odds with one another – the sources of both must be tackled,” he added.

On Friday the OUSU Facebook page shared the WAAO Tumblr under the heading: “Some great stuff”.

ACS President Hope Levy-Shepherd said it was her own personal view that WAAO had the potential to “delegitimise personal experience”.

Levy-Shepherd, who stressed that her own perspective cannot represent the feelings of ACS as a whole, stated that: “WAAO may have had well-meaning intentions, but the actual execution of the project was unacceptable.”

Levy-Shepherd explained: “It is my understanding that WAAO was on a mission to protect the image of the “University ethos”, which explains a lot of the boards being interpreted as propaganda.”

“Pointing out that certain measures [such as equalities reps] exist simply isn’t the same as saying that they are effective.”

“The seeming attempt to delegitimise personal experience through a regurgitation of university facts and figures appeared to me a conscious attempt to stifle constructive dialogue”, she added.

The controversy began when WAAO was launched in response to “I, too, am Oxford”, based on a similar campaign in the United States.

The Oxford version has been featured in national publications such as The Guardian and The Independent.

A BME Law student at Mansfield, who wishes to remain anonymous, agreed with Levy-Shepherd, commenting that: WAAO “ended up asserting that “all’s well at Oxford” over ITAO’s “we have genuine issues and feel pain”.”

The lawyer continued: “WAAO rolled out the usual lines about access and embracing diversity that you’ll find in any prospectus but that have no bearing on individual BME students’ experiences.”

The accounts have been subject to several parody accounts in recent days. “We Are All Oxford” has been parodied by “We Are All Awful”, while this morning “I, too, am Oxford” was hit by the spoof “I, too, am whiteboard”.

Access has been a key issue in the controversy. Levy-Shepherd also pointed out that the original WAAO’s “reference to Oxford Access schemes, funds and outreach projects for low income households and state school students missed the point of ITAO entirely and failed to engage with the relevant issues regarding race and ethnicity that were the focus of the original.”

Levy-Shepherd explained: “It goes without saying that not every student of BME origin at Oxford comes from a low-income household and/or a state school: I am still confused as to why WAAO sought to conflate those issues in the context of this campaign. Not being the victim of prejudice because I went to a state school doesn’t necessarily mean that I won’t be a victim of prejudice because I am black.”

The co-chair of the Campaign for Racial Awareness and Equality (CRAE), Anne Meeker, said: “The students featured in the [original ITAO] campaign constructively and eloquently highlight facets of the Oxford experience that often go ignored, and do so in a manner that is brave and beautiful.”

Meeker, and her fellow students at CRAE, hoped that discussions of these recent anti-racsim Tumblr accounts,  “will lead to greater awareness of [the] issues [raised], and how they have been addressed in the past, that will lead to a student commitment to rectifying them.”

“We will only see positive, constructive action if all contributions to the debate are civil, respectful, and open-minded – dismissing anyone’s experience will not achieve this goal, and we hope this is a sentiment shared by everyone who chooses to get involved,” she added. 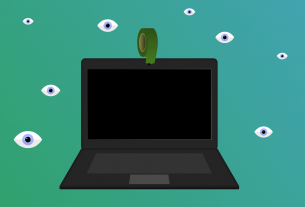 Classics exams to be webcam invigilated