Model Osh Mackenzie talks about his experience within the fashion industry and challenges the stereotypes of male modelling.

“Did you ever think that maybe there’s more to life than being really, really, really, ridiculously good looking?” Such was Ben Bestiller’s thought-provoking question in the film Zoolander. Plaing Dereck Zoolander, a famous male model, Stiller portrays the character satirically as wireless, gullible, and vain – characteristics shared by all other models in the film. Yet how much do we actually know about the modelling industry and the models themselves? What is it like to start off as a model? Do they really live the glamorous, vulgar lie that Zoolander would have us believe? It is with these questions in mind that I arranged an interview with Osh Mackenzie, a budding model working in London.

The twenty-year-old sitting opposite me seems not so different from the rest of us (except for the good looks, of course). He too stands at that point in life where he finds himself glad to be independent and yet a little taken aback by various newly-risen responsibilities. The difference is, however, that he did not go to university but became a professional model. Having only left school in 2012, Osh has been singed by Bookings Models in London and Boom Agency in Milan, and has already worked with Burberry, Versace, Tom Ford and ex-Made in Chelsea star Kimberly Garner.

Born in Vienna and of Scottish descent, Osh spent the first few years of his life travelling around Europe in a VW Campervan with his mother before settling down in an English boarding school. “It was free”, he recalls fondly, “we used to bask on the streets, it was quite a hippy lifestyle”. Such an upbringing was influential in his decision to pursue a modelling career, as it allows him to travel extensively and meet people. So far, he has shot in places such as Vienna and Barbados, and has lived for a few months in Milan.

There is no doubt that Osh is good-looking, and his looks are instrumental in getting him where he is today; yet he is not your stereotypical Derek Zoolander. Well aware of the deficiencies and unethical elements of the industry, Osh is candid when confronted with issues regarding the industry’s portrayal of models. He acknowledges that appearance is the key appearance of success in the industry. Agencies make clear to models at the beginning that they are selected for their looks and nothing else. Models who consistently receive jobs become more and more obsessed with their beauty and become even more vain. “There is a lot of arrogance”, Osh points out, “you have to remember that this is just a job, not a lifestyle”.

In fact, starting off as a model is far from glamorous. Without the support of students loans, many models must pick up jobs on the side. Osh himself works part-time at Abercrombie&Fitch to pay the bills. When I asked him about the sustainability of the job, he confessed jokingly that he still had debts to pay from his stay in Italy, which was months ago. “It’s tough, a rumour is that only one percent of the models really get into the money, there’s a lot of competition”. It certainly is. We can name but a handful of renowned models ; the others simply grow old without ever making a breakthrough, resorting to find other jobs. Even the shoots themselves aren’t necessarily as easy as the public perceives them to be. One must endure harsh weather conditions whilst shooting or go to many castings and walk away with no job. The amount of regulations concerning body measurements can also be daunting. Osh himself recollects a friend having to stop going to the gym as he was becoming too large for his role.

Many are aware of the rise in popularity of androgynous male models in contrast to the build, conventionally masculine type. The most recent shock came in the name of Andrej Pejic, a nineteen-year-old Bosnian-Asutralian who describes themsevles as “in-between genders” and has modelled for both the men’s and women’s AW Collection of Jean-Paul Gaultier. To this phenomenon Osh offers insightful suggestions: Topman and London fashion, the hipster culture ad the gay scene all have significant influences on fashion culture, encouraging the industry to favour a more feminine look, and models adopt this look to stay in the business. “It’s just fashion”, he shrugs, “it just goes in its loops; a lot of what we wear now is very similar to the fashion in the fifties [and] sixties”. In contrast to the public disapproval for such androgyny, Osh presents a much more open-minded view. “Men don’t always have one body shape and there’s room for everything.”

As to what the future holds, Osh is hopeful, wishing to carry on this dream job of his for as long as possible, and to make a breakthrough soon. Becoming big of course requires more than just a pretty face, and Osh tries to expand his general knowledge by reading around topics such as business and history, and one day maybe doing an Open University course. His politeness has also served him well; he claims that he’d once got a job because he hung the clothes back up every time after the shoot, whilst others simply left them on the floor. My last question was whether he had a signature look, like Derek Zoolander’s Magnum. “I’m working on it”, he laughs, “I practise a lot in front of the mirror”. He is only twenty after all. Who knows, we might just see him on the cover of Vanity Fair in five years’ time, pulling off his own Magnum.

Mr Shan Menswear: How to Wear a Suit

How to be powerful, now 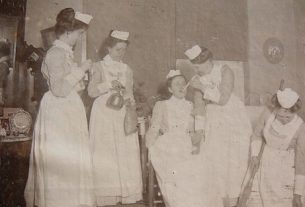